Muslims in Aden pose with book by Israeli

How come a book about the Jews of Aden is suddenly appearing on the streets of this war-torn port at the tip of the Arabian peninsula?
Adenis pose with 'Passage from Aden' in front of the Selim school, where Jewish children once studied, and in the main streets of Crater. Here 8,000 Jews once ran businesses and shops. Not a single Jew still lives in the city today.  Before it became part of the independent state of Yemen,  Aden was under British rule for over 100 years. 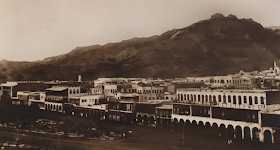 What is more startling is that Passage from Aden was written by an Israeli, Sarah Ansbacher,  and is about a museum in the heart of Tel Aviv at 5 Lillienblum Street. 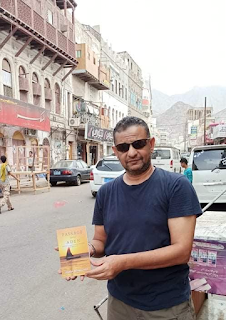 Above: Esplanade Road  in Crater as it was in 1947 (left) and the same street today ('Before' photo: The Aden Jewish Heritage Museum)
Sarah Ansbacher is the manager of the Aden Jewish Heritage Museum. Passage from Aden is a compilation of remarkable stories that Sarah collected from visitors to the museum, both tourists and Jews with links to Aden.
The photos were taken at the initiative of an Adeni Muslim historian who still lives in the port. It was on a visit to the Adeni Jewish community in Stamford Hill in London that he bought a copy of Sarah's book and took it back with him to Aden. He and Sarah have since been in touch on line.
Is this a promising sign that Yemen will be the latest Arab country to sign the Abraham Accords? Do not hold your breath. Yemen is controlled by the Houthis, a fanatically antisemitic group which has chased out the last few Jews from the country. The Houthi watchword is 'Convert or die'.
I 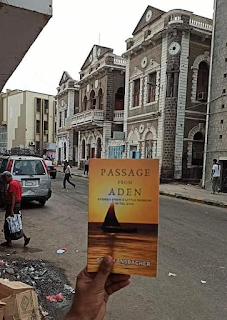 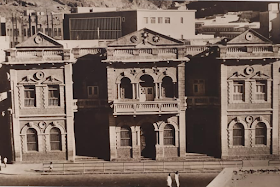 The Selim school in Crater is unchanged in over 70 years ('Before' photo: The Aden Jewish Heritage Museum).
Trading stories from Aden