Of 'Jewish Arabists' and 'Arab' Jews

Khaled Diab is an Egyptian journalist who has always had an interest in Jews from Arab countries. In fact he was one of the first to write about them and celebrate their contribution to Arab societies. But as this New Lines Magazine article demonstrates, he sees them as 'Arab' Jews 'in love ' with Arab culture and in some cases Islam. (Even Disraeil is a 'Mosaic Arab'). Here he writes about Sasson Somekh, who called himself the last Arab Jew. But Somekh also saw himself as an Israeli patriot and repudiated those young Mizrahim who claimed a political 'Arab' identity without having themselves been immersed  in Arab culture and language. 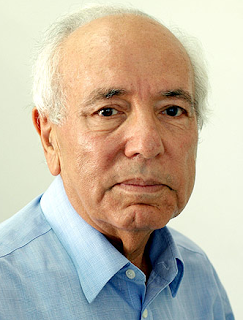 Despite the hatred and animosity created by the Arab-Israeli conflict, and the rampant scapegoating of local Jews that occurred across the Arab world, some Arab Jews continued to feel and express pride in their heritage and act as unofficial ambassadors between two worlds at war.

One such figure was the late Sasson Somekh, the Iraqi Israeli poet, writer, academic, and translator. Somekh had been a promising teen poet and leftist political activist in Baghdad, frequenting the city’s vibrant cultural cafes. “I recall the Tigris river where we used to go swimming in the summer. When the water level fell, small islands, which were known as jazra, would appear,” Somekh told me when I visited him at Tel Aviv University, where he was still allowed to keep an office despite having officially retired.
“We would take a boat, load it up with fish and a grill, and go out to one of those small islands and have a good time — those were the most enjoyable days of my life.” The Baghdad that Somekh recalls from his youth was in some ways a very Jewish city.
“When you walked down the main street, al-Rashid, which went from one end of Baghdad to the other,” he recounted, “half the names on the shops and offices, such as lawyers’ practices, were Jewish.” But a mix of popular anger at the Zionist project in Palestine, which was deftly exploited by Nazi propaganda during the war to spread a virile brand of antisemitism, made life progressively untenable for Iraq’s Jews.
This forced Somekh’s family, along with the vast majority of Iraq’s Jewish minority, to depart the country in 1951, stripped of everything but the clothes on their backs. After a life of comfort in Iraq, the Somekhs found themselves, like the Palestinians who were forced to flee during the 1948 war, stuck in impoverished refugee camps.
Caught between the racism and persecution they had experienced in their homelands and the racism and marginalization they experienced from Ashkenazi, or “European,” Jews in Israel, many Arab Jews quickly jettisoned their Arab identities in a bid to integrate in their new homes.
Somekh, who passed away in 2019, was among the minority who resisted this zero-sum identity game. He continued to identify as Arab as well as Israeli, write in Arabic, and dedicate his life to the study of Arabic literature.
Read article in full
More about 'Arab Jews'
bataween at Thursday, June 17, 2021
Share