The Israeli newspaper Haaretz likes to publish context-free articles alleging discrimination by Ashkenazim of Sephardim in order to portray Zionism as a racist, colonial movement. Here is the latest example by Ofer Aderet, based on research by the historian Shay Hazkani. Hazkani discovered thousands of letters from disgruntled Moroccan  Jews who fought in Israel's War of Independence, complaining of discrimination by European Jews. Further into the article,  it transpires that discontent was also rife among Ashkenazi  Mahal volunteers, so this is not simply a binary Sephardi-Ashkenazi issue, more a clash of cultures. We are told that 6 percent of Moroccan Jews returned (i.e an impressive 94 percent stayed), while 95 percent of soldiers from the US and Europe went back to their home countries. The piece fails to report that  conditions in Israel were dire in 1949 after it lost one percent of its population; there was rationing and all manner of hardships. The piece does not reference antisemitism and the deteriorating situation in  Morocco in the run-up to independence. In spite of 'selectsya' and 'protectsya', one third of Moroccan Jews made  aliya before 1956. 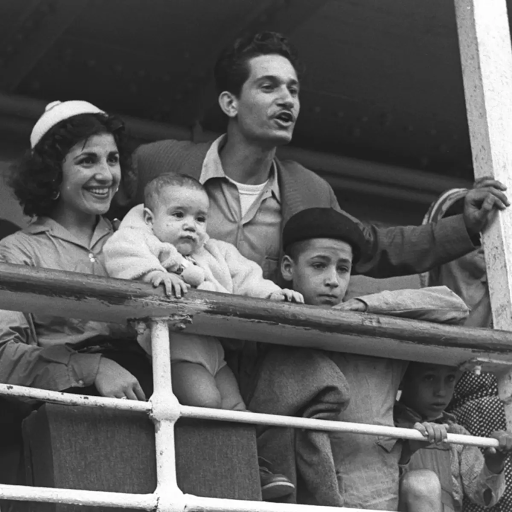 The army’s top brass itself generally displayed a patronizing, hostile and distant attitude toward soldiers of North African origin, according to the IDF’s own files, from which the letters quoted by Hazkani were taken. “Even though the soldiers are of inferior education and culture, they manifest potent criticism,” one army report states. “North African immigrants suffer from an inferiority complex that might be caused by the way their Ashkenazi colleagues treat them,” a censorship official wrote after analyzing the soldiers’ letters. “This phenomenon is serious and raises concern,” he continues, not just because of the damage to morale among the soldiers, “but also because of the information sent by the ‘offended’” to their families and friends in their countries of origin. "The European Jews, who suffered tremendously from Nazism, see themselves as a superior race and the Sephardi Jews as belonging to an inferior one."

Data from the Central Bureau of Statistics shows that 6 percent of those who immigrated from Morocco in the years 1949 to 1953 actually returned to their native land: 2,466 out of approximately 40,000. Proportionally, Hazkani found, this was almost twice the number of those who returned among the immigrants from Europe and America (Ashkenazim).

Although the historian's current focus is on soldiers of Moroccan origin, other archival documents show that they were not the only foreign-born soldiers during the state's first decade who had scathing criticism about the Israeli society in which they found themselves. Soldiers from the United States, Great Britain and elsewhere who arrived as part of the Mahal project – involving army volunteers from overseas who were not immigrants – also weren’t wild about the so-called sabras.

A survey conducted among the volunteers in 1949 by the Israel Institute of Applied Social Research (later renamed the Guttman Institute, and today called the Viterbi Family Center for Public Opinion and Policy Research) found that most of the newcomers expressed negative opinions about the Jewish state and its inhabitants (55 percent), with the bulk of the complaints referring to the phenomenon of proteksya (cronyism or favoritism). “Other reasons for resentment,” Hazkani notes, “were chutzpah, egoism, hypocrisy and lack of respect.

” In this country, “it’s not what you know but who you know” that’s important, one of the volunteers noted in his answers to the questionnaire. “Proteksya… proteksya… what chance does a guy like me have without that vitamin?” added another. Some complained that the locals made no effort to be friendly, and were impolite, impudent and loud. A common theme was that Israelis think they’re always right and can’t abide the idea that sometimes the other side is right. The volunteers also felt that the locals attached too much importance to their country of origin, which affected their attitude. And, of course, that Israelis love aliyah but not olim.

The army’s postal censors diligently copied passages in which the volunteers expressed highly negative views about their experience in Israel. “It is enough if I say that when the Anglo-Saxons [first] came here, 95 percent were interested in settling. Today, you can’t even find 5 percent,” a soldier wrote to his family in England. “In this country, soldiers try not to die for their country, but try, and with success, to have others (foreigners) die for their country,” another observed.