Sixty years ago this month, the murder of Raymond Leyris, a famous Jewish musician in Constantine, Algeria (Enrico Macias's father-in-law) marked a turning point in the fortunes of the Algerian-Jewish community. A year later, almost all of them had fled. We re-post an article by Martin Evans in History Today: 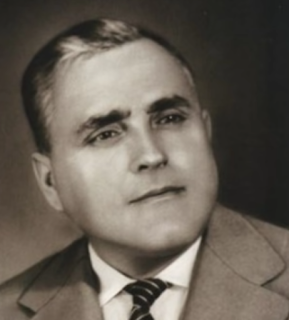 Raymond Leyris, master of malouf music. Examples on Youtube.
On Wednesday June 22nd, 1961 the 48-year-old Jewish musician Raymond Leiris was shopping with his daughter in the crowded market of his home town, Constantine, in eastern Algeria. Suddenly, without warning, a young Muslim gunman surged forward to shoot him in the back of the neck. The defenceless Leiris was killed instantly, another victim of a round of shootings in Constantine that day, which left one Algerian woman dead and two other people seriously wounded.
It was a shocking incident even if, after nearly seven years of war between the Algerian National Liberation Front (FLN) and France, the colonial power, there was no shortage of horrific events to record. By no stretch of the imagination was Leiris a military target. Popularly known as Cheikh Raymond, he was one of the great figures of the Andalusian musical tradition, a gifted oud player, blessed with an astonishing voice.
Studying under the greats of Algerian music – Cheikh Chakleb and Cheikh Bestandji – his Cheikh Raymond Orchestra encapsulated the style known as malouf. He was a living symbol of a shared Jewish-Muslim culture. We still do not know why he was murdered. Neither the FLN, nor the Secret Army Organisation (OAS), the hard-line pro-French Algeria terrorist group formed in January 1961, ever claimed responsibility for his murder.
The killing threw into sharp relief the dilemmas of Algeria’s Jewish community in 1961. Numbering 130,000, as opposed to nine million Arab-Berber Algerians and just under one million European settlers, this minority was faced with three choices: either they could accept independence, which by this point seemed inevitable given that the French government and the FLN had entered into negotiations; fight a last-ditch stand to defend colonial Algeria; or leave.
With names like Derrida, Nouischi and Stora, Jews had lived in North Africa for over 2,000 years. Some had arrived with the Phoenicians between 1100 and 146 bc. Others sought refuge after their expulsion, along with the Muslim population, following the fall of Granada, the last bastion of Islamic Spain, in the Reconquista completed in 1492. As such the Jewish population was derived from a complex mosaic of Judeo-Berber, Judeo-Arab, Portuguese and Spanish roots, in which each locality had its own customs.
Under Islamic law Jews were accorded a protected status as the ‘people of the book’*. In return for a tax they were allowed to practice Judaism.
Read article in full
Listen to the Podcast
bataween at Thursday, June 24, 2021
Share