We must re-think identity, privilege and oppression in the Middle East

The outcry against systemic racism sparked by the  death of George Floyd has caused some pro-Palestinians  to  appropriate Black suffering for their own political purproses. The victimisaiton of Middle Eastern Jews  throughout history should make us re-think the narrow lens through which many see the Arab-Israeli conflict, writes Nave Dromi in a groundbreaking piece in Newsweek:

These groups and individuals are attempting to hijack the all-too necessary discussion on racism, oppression and identity in the U.S. for their own narrow agenda of browbeating Israel. They are hoping that the narrow lens they have manufactured for the conflict will allow them to find common cause with those who lack a proper understanding of the historical context of the Israel-Arab conflict. They try and paint the conflict in simplistic and facile terms of oppression, conquest and occupation. 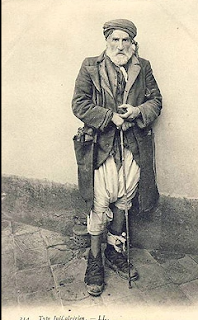 
However, in truth, this lens could not possibly be applied to the conflict—in great part because of the history and identity of the Jews of the Middle East and North Africa (MENA), who make up the majority of Israeli Jews today. Inserting MENA Jews and their history and identity into the debate allows for discussions of Israel, occupation and oppression in less simplistic terms.

It allows for the imposition of less clearly defined roles in the Israel-Palestinian debate. Including MENA Jews into the debate is sometimes can be uncomfortable for some. But a wider understanding of MENA Jewry would turn terms like conquest, occupation, oppression and even apartheid-like conditions on their head. These terms are very visceral memories of cultures, languages and lands erased in the seventh century until today by Arab conquest, imperialism and subsequent colonialism and occupation.

Trying to force the conflict into a narrow box of the last few decades erases the hundreds of years of Arab-Jewish experience that has shaped today's reality on the ground.< MENA Jews have a very different worldview that is shaped by this historic experience, much like the European experience has shaped much of Ashkenazi Jewry. They recognize and worry about a refusal to see the Jewish people's rights in the region as equal and legitimate, and see in this frequently violent rejectionism echoes of their community's experience under the oppressive and discriminatory dhimmi status.

Conversations on identity in the U.S. are strongly connected to the notion of privilege, which is understandably based on history, imperialism, conquest and oppression.

MENA Jews, because of their wider regional and historic experience, sometimes see an Arab Muslim privilege in a somewhat similar way that a person of color might see a white person in the U.S. This is what possibly shapes the fact that on the Israel-Palestinian conflict, MENA Jews remain on average more than their European Jewish counterparts. The Arab culture, language and mentality is instantly more familiar to them because it was one forced on their community for the last 1,300 years.

However, the culture, language and tradition of MENA Jews is sadly less familiar to people in the U.S., who judge Israel according to what they see through the lens of a supposed European semi-colonial implant—thus erasing Israel's indigenous identity and culture.