The lesson of the Farhud : invest in Jewish-Arab coexistence

There are those who would dismantle coexistence and collaboration between Jews and Arabs. Israel needs to show the way forward and be a beacon of light in a region where darkness has so often ruled. David A Dangoor writes in the Jerusalem Post: 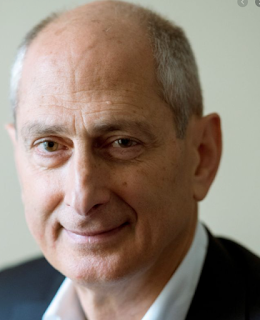 David Dangoor
It was a blow that the Jewish community never recovered from and led to the mass exodus of Iraqi Jews to the State of Israel after it was established.
Between 1948 and 1951, 121,633 Iraqi Jews were airlifted, bused or smuggled out of the country, leaving only a few thousand left who fled the country after public hangings of prominent Jews in the 1970s. Even up to the very end, many Jews and Arabs refused to be enemies and lived and worked side by side.
Animosity was largely imported from outside and incitement as a tool for political goals. Unfortunately, we see many similar worrying signs in the violence in mixed Israeli towns and cities. There are many players in the region who seek to whip up the Arab citizens of Israel into a frenzy, whether Iran or extreme Sunni elements. They see Jewish-Arab coexistence as a challenge that needs to be dismantled and replaced with enmity and animosity.
Lies about Jewish takeover attempts to invade and destroy al-Aqsa Mosque originated with the very same Haj Amin al-Husseini a century ago. Unfortunately, it is a canard that has not gone away since and raises its head whenever necessary for those who wish to sow divisions in Israel. It is exactly this type of incitement that Israeli politicians, religious leaders and other opinion-shapers should confront and demolish.
Instead of driving communities apart, we should be investing in coexistence, collaboration and partnerships. We know that the silent minority in both communities do not seek violence and division, and we have witnessed in recent years tremendous steps in bringing Jews and Arabs together.
The creation of the State of Israel is a remarkable and unique event in Jewish history and became a refuge and a home to the hundreds of thousands of Jews from the Middle East and North Africa who had to flee their millennia-old homes. Israel is a beacon of light in a region where there has been such a history of darkness for so many, including Jews. Now that we have reestablished sovereignty in our indigenous and ancestral homeland, we need to learn the lessons of the past and use them to create a more peaceful and secure future for all who live within its borders. That would be the greatest memorial to the Jews murdered during the Farhud 80 years on
. Read article in full
Posted by bataween at Wednesday, June 02, 2021

Great analysis and points of view to ponder about.