Kuntzel: By 31 May, 'the Farhud was already a done deal'

The Farhud massacre of Jews in Iraq began 80 years ago to the day. Matthias Kuntzel, German political scientist, writes in MENA Watch, that it would not have happened without German support. 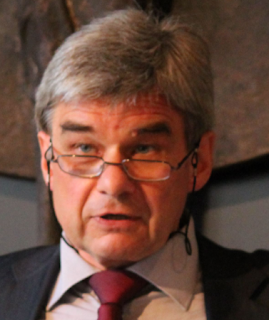 Matthias Kuntzel
With this coup a red line was reached for London. On May 2, 1941, the brief British-Iraqi war began. The defeat of al-Gailani was foreseeable. Hitler, for whom the imminent campaign against the Soviet Union had priority, could not really support his regime. At the end of May, the British armed forces were already close to Baghdad.
On May 31, the putschists, led by Rashid Ali al-Gailani and Amin el-Husseini, fled to Iran. At this point in time, the Farhud , which began a day later, was probably already a done deal: Muslims' businesses had been marked in advance so that they would not also be destroyed.
The massacre took place at the beginning of June in a power vacuum: the putschists had disappeared, the new government, which was close to the British, was not yet in office. A commission of inquiry later set up by the Iraqi government identified two causes for the pogrom: the agitation of Amin el-Husseini and the radio propaganda from Berlin.
What is known about this propaganda? The British-Iraqi conflict "opens up a good field for our Arab broadcasts", rejoiced Joseph Goebbels on May 3, 1941, when the conflict was approaching its climax. "We should try to use the Arab instincts only for our own purposes."
In the coming weeks, Islam in particular was used for the purposes of National Socialism. During these weeks the Mufti al-Husseini was in constant contact with the makers of Nazi radio in Zeesen near Berlin. The Arabic-language program of this Nazi station was known and loved in Baghdad. Al-Gailani allowed it to be spread more massively than ever during his brief reign.
On May 5, 1941, Radio Zeesen reported on the Mufti's call to “take up arms against England”. Al-Husseini presented Iraqi clergymen who solemnly declared that “no more Muslims will fight on the side of Britain without sinning against the interests of Islam”.
On May 11, 1941, the Nazi broadcaster quoted Amin el-Husseini again: "The Iraqi fight is a fight for all Mohammedans and thus a holy war of Islam." It quickly became apparent, however, that the putschists would have no chance without the support of Germany. But now the Mufti unceremoniously declared the 80,000 Jews living in Baghdad the scapegoat: They had transmitted information to the British and thus helped them advance.
Without the slightest evidence, he also blamed them for the failure of the al-Gailani coup in his later memoirs. On May 26, a few days before the massacre, Junus Bahri finally had his say on Zeesen.
Bahri, a former spokesman for Iraqi radio, was the figurehead of the Nazi broadcaster and extremely popular with his special address to the Arab masses.
He also used religion as an instrument to cheer his Iraqi audience on.
Read article in full (German)
More about the Farhud
Philip Mendes's May 2021 talk on the Farhud
Posted by bataween at Tuesday, June 01, 2021

Along 1933 The Germans encouraged Iraq’s support. “Mein Kampf” and Hitler’s speeches were translated into Arabic, and German educators came to Iraq to spread anti-Semitic propaganda, trying to enlist the public to their ideology. Iraqi newspapers became vocally pro-Germany, especially post-1939. They asserted that Iraqi Jews and Zionists were one and the same, that the world’s Jewry was scheming to ruin the glorious nation of Iraq and that Iraqi Jews must be banished from public life. With help and money from the Germans, and inspired by the Hitler–Jugend movement, the extremist Al-Fatwa movement was founded, calling for strict Islamic adherence by all Iraqi citizens. Eventually all students and teachers were forced to join the movement. In 1939 the mufti, Haj Amin al-Husseini, settled in Iraq and began promoting a pro-German agenda while spreading damaging anti-Semitic propaganda.

The tension broke on April 1, 1941. Until that day Iraq had refrained from assisting the British, but also from directly assisting Germany. But Iraq’s Prime Minister, Rashid Ali, had decided it was time to change alliances. He led a coup and overthrew all pro-British officials. He then announced that Iraq would no longer provide Britain with airplane fuel, and even set Iraqi forces loose on British bases in Iraq. By the end of April the British attacked the Iraqi army. By then the Iraqi air force was manned by German Luftwaffe pilots.

The British fought the German-Iraqis forces. Finally, with support from India’s army, the British were able to defeat their foes, and on May 30th all pro-German Iraqi officials escaped to Iran. Their successors signed a surrender agreement.

From that moment, the Jews were in imminent danger. The surrender agreement stated that the British would enter Baghdad within two days. The Al Fatwa saw a window of opportunity to incite the masses and take their anger at losing to the British out on the Jews. They marked Jewish houses in red, and on June 1st an angry mob rioted against the Jews for the first time in Iraqi history. From the newly born to the elderly, no Jew was safe. The rioters used all manner of weapons, including running people over with their vehicles. Some Jews were rescued by Muslim neighbors who refused to join the mob. These Muslim resisters hid Jews, at great risk to their own safety. The massacre only ceased when the British entered the city and stopped it. Sadly, the British knew about the pogrom a day prior, but made no attempt to prevent it. Just like the local authorities, they preferred to let the masses take their rage out upon the Jews.

After the Farhud, the Iraqi authorities held an investigation, blaming nationalistic elements and even executing a few army officers who were involved in the incitement. Haj Amin al-Husseini was named in the investigation, and Germany’s involvement was eventually recognized. Despite the erecting of a monument in Baghdad in honor of the victims, the Farhud triggered mass Jewish emigration from Iraq. Ten years later, as part of Operations Ezra and Nehemiah (1950-1952), some 120,000 Jews — 90% of Iraqi’s Jewry — chose to leave Iraq for the young state of Israel.

Hi Abe, yours is an accurate description of what happened. The Farhud has been well documented on this blog (see 'Farhud' in the search box). The Hitler youth group is al-Futuwwa. I am puzzled by the monument you say was erected to the victims. do you mean the loaf-shaped mass grave? A few photos exist of this, but it was demolished in 1958 and the Jewish cemetery razed to make way for urban development.