Jews in Morocco: a privileged but precarious history

This is a fascinating document, unearthed by Lhaj Mohamed Nacik and uploaded to the Academia website. Written in 1968 in Casablanca by the British Consul, Mr P. M. Johnston, the report focuses on the history of Jews in Morocco, their origin, relationship with the Muslim majority, emigration from Morocco and their future in the country after The Six-Day War. The author argues that throughout Moroccan history,  Jews have been a minority whose status has been both privileged and precarious. 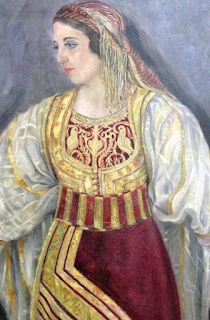 Jewish woman from Tangiers wearing the Berberisca pre-nuptial costume
The ﬁrst critical event of this chronology dates back to 320 BC when Palestine was invaded byPtolemy Lagos. It extends to The Six-Day War of 1967 that has tremendously impacted the Jewish community in Morocco.Overall, the report describes how Jews were treated under the successive
dynasties in Morocco from the Almohad (1143-1269) to the Alaouite(1631-present). It argues that Jews were subjected to continued oppression and suffering in their dhimmi status, forced to pay special taxes and wear distinctive clothing.
However, they were exceptions in which their positions improved. In fact, the Saadian dynasty, for example, witnessed the appointment of many Moroccan Jews as ambassadors in various European countries. Namely, the Pellas Family (Simon Pellas, his brother and his son David,) in addition to Rabbi Sasportas, the brothers Joseph and Haim Toledano, and Samuel ben Sunbal.
During the Alaouite Dynasty, Mawlay Suleyman assigned various Jews to positions of high authority including Abraham Sicsu as the de facto Minister of Finance, Isaac Pinto as Treasurer, and successively Mesod Cohen and his son Meir as ambassadors to the court of St. James.
The mid-nineteenth century witnessed the establishment of the ﬁrst Alliance Israelites chool in Tetouan in 1862, followed by the visit of Sir Moses Monteﬁore in1863 who obtained from Mohamed Ben Abd al-Raḥmān a Dahir granting protection to the Jews.
The 30th March 1912 was marked by the establishment of French Protectorate by the Treaty of Fez. The author pointed out that theSultan Mohamed Ben Youssef (Future King Mohamed V) refused in 1940to give effect to anti-Jews legislations passed by the French government ofVichy.After the establishment of the State of Israel on 14 May 1948, the UnitedHebrew Immigrant Aid Service (HIAS) representative visited the French zone and Tangier.
On the same year, CADIMA (Caisse d’Aide aux Immigrants Marocains), a local organization that promotes emigration of Jews to Israel was founded. As King Mohamed V returned to Morocco in 1955, the FirstMoroccan government was formed including a Jew, Dr. Leon Ben Zaquen, as Minister of Posts and Telegraphs. Shortly after the independence, CADIMA closed down in 1956. This period has seen a big wave of emigration as well as the arrest of many Jews in 1961.
The paper reported that the Moroccan Minister of Foreign Affairs, MrAhmed Balafrej visited the U.S where it was said that he has agreed withAmerican Jewish organizations to permit Moroccan Jews to emigrate to Israel in return for a gift aid of wheat.
In the eve of the Six-Day War of 1967,“al-’Alam” newspaper published by al-Istiqlal party called for the boycott of Jewish shops and the Minister of Information issued a statement condemninganti-Jewish boycott. On the 14 th of August, organized emigration to Israel resumed.
In part one, the report portrays the origin of Jews as well as the evolution of their status in Morocco. The events stated in this part are an extension to the ones mentioned above in the chronology.
Read paper in full
Posted by bataween at Sunday, June 06, 2021