Israel's relations with the government of Kurdistan have suffered a grievous loss with the death of one of its most influential experts, Mordechai Zaken.  Dr Zaken died on 14 May 2021 from lymphoma, aged 63. 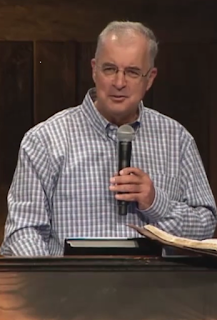 Mordechai Zaken z"l
As Prime Minister 's adviser on Arab and minority affairs, he launched a forum for dialogue with local Arab leaders, and a forum for Christians.
In 1993, Dr Zaken founded the the Israeli-Kurdish Friendship League, possibly the first friendship association between Jews and any community in the Arab states.
Israel had clandestine relations with the Kurds, supplying them with arms, training and intelligence. When the Kurdish Regional Government was set up in the wake of the fall of Saddam Hussein,  Dr Zaken took on an active and  more public liaison  role.
Dr Zaken was the foremost expert on the Jews of Kurdistan. The dearth of written sources drove him to embark on fieldwork  research for his PhD thesis. He conducted hundreds of oral interviews with more than sixty  elderly Kurdish Jews. The result was Jews of Kurdistan & Their tribal Chieftains: A study in survival, The book is considered the most important work on the topic. It was re-issued in 2015 and has been translated into Arabic, Kurdish, Persian and French.
In 2019, he was awarded the Prime Minister Prize for the Empowerment of the research of the Jews of the Orient and Iran.
Dr Zaken's family had fled Kurdistan along with the entire community of 18,000 Jews in 1950. So his suspicions were aroused  when  over 1,000 Kurds demanded to be allowed to emigrate to Israel after 1991 on the grounds  that they had Jewish ancestry. Almost all of the emigrants have since moved on.
Dr Zaken also warned  against a group of Kurds mainly of Iranian origin who operated a scam designed to syphon off US money donated for the revival of the 'Jewish' community and Kurdish-Jewish heritage.
His last wishes were for a network of rabbis, academics and professionals to continue his work of liaising with the Kurdish Regional Government, and for his book to be made  available in Kurdish bookshops.
Posted by bataween at Friday, June 04, 2021