Thanks to the classic novel Exodus, Americans have tended to see Israel as a projection of themselves. Now, for some on the progressive left, the conflict between Jews and Muslims 6,000 miles away has become jumbled up with American ideas about race. Must-read by Matti Friedman in The Atlantic: 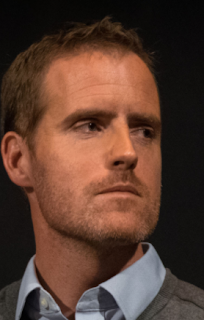 Matti Friedman When Uris was writing in the 1950s, most Israeli Jews were natives of the Islamic world who’d either been drawn to the new state or forced from their home by their former neighbors.
Many of the rest were survivors of the Holocaust trying to hack out a living without losing what was left of their mind. They lived alongside a sizable Muslim Arab minority, a remnant of those displaced by the war, feared as a fifth column and kept under military rule.
Kibbutznik pioneers like Ari Ben Canaan were never more than a tiny share of the population—and as committed socialists, would never have gone anywhere near the foxtrot. Few people here were blond. A more representative hero for Exodus would have been the Arabic-speaking seamstress from the Jewish ghetto in Marrakech.
But Exodus wasn’t about representation, or about a strange country in the Middle East. It was an attempt to get American readers to look at Israel and see themselves. Ari Ben Canaan was a hero from the America of Ernest Hemingway and John Wayne. He was a blue-eyed, chiseled, gorgeous Paul Newman.
Although a close relationship between America and Israel has been taken for granted over the past half century, it solidified only once Americans decided that Israelis were like them. In novels and countless press reports about pioneers and fighters in the ’50s, “Israel and Jews came to be perceived as masculine, ready to fight the Cold War alongside America,” the scholar Michelle Mart wrote in her study of the topic, Eye on Israel. “By contrast, Arabs were increasingly stigmatized as non-Western, undemocratic, racially darker, unmasculine outsiders.”
“In the images of Israelis, then,” she wrote, “Americans constructed their own self-image at mid-century.” That construction has been on my mind this month as disturbing events unfolding here have been picked up and interpreted abroad. Many Americans are now using their image of home to construct their image of Israel. Indeed, for some on the progressive left, the conflict between Jews and Muslims 6,000 miles east of Washington, D.C., has become jumbled up with American ideas about race.
Read article in full
More from Matti Friedman
Posted by bataween at Thursday, May 27, 2021

He was a teenager in the nineties. NO wonder he's so disparaging of Paul Newman as embodiment of Israel's struggle.
That movie meant a lot to me when it came out and I was barely a teen.
By the way, you can't always tell by looking at Jews who is Mizrahi and who Ashkenazi. I know from experience.
Matti Friedman is talking to the wind. Nothing will change in "progressive" thinking re Israel and "Palestine."