How were Tunisian Jews impacted by WWII?

Tunisia was the only country to come under direct Nazi control during WWII, over the six months from November 1942 to May 1943. Up to 5,000 young Jewish men were marched off the forced labour camps; the yellow star was imposed on Jews in the south of the country. But the situation could have been much worse. Here is a summary of a series of talks given by historian Claude Nataf for Akadem: 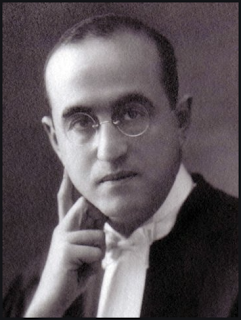 The Vichy Resident-General, Admiral Estéva, was not an antisemite. He was a practising Christian who took advice from Bishop Gounod of Carthage,  no antisemite either. Estéva managed to delay by one month the implementation of the Statut des Juifs, which was applied on 31 October 1940 in Morocco. (Unlike Morocco, however, even converts to Islam in Tunisia were considered Jews.) The anti-Jewish laws drove Jews  - especially those of French nationality - out of the civil service, the professions and public service, banks, insurance and property management. Jews could not pursue debtors. Quotas came into force in secondary schools.  Jewish youth movements were banned and Jews could not join the Scouts, for instance.

The Vichy authorities abrogated a 1923 law allowing Jews to request French citizenship. Estéva drew criticism from Vichy officials when he insisted it not be retroactive. He was even accused of being a traitor. He managed to allow Jewish doctors to continue to treat the population, and obtained an exemption for 123 defence lawyers - almost all of whom were army veterans.

However, mindful of the economic clout they exercised, the Vichy regime largely exempted the 3,000 Italian Jews (Grana) in Tunisia from these strictures. Strangely enough, Italy itself would attempt to mitigate the persecution of the Grana once the Nazis had occupied Tunisia.

The new Bey of Tunisia, Moncef, declared that Jews and Muslims alike were his children, but the majority of Jews, on the eve of the Nazi occupation, were marginalised and impoverished.

The Nazi commanding the occupation was Walter Rauff, inventor of the mobile gas van which was used to murder 100,000 Jews in eastern Europe. The Ensatzgruppen  he headed in Greece had plans to liquidate the Jews of Egypt and Palestine. But Rauff did not have many SS troops, two thirds of the occupying forces in Tunisia were Italian and only one unit was German, most of the first-rate fighters having been diverted to Hitler's Russian campaign.

Rauff gave the Jewish community 24 hours to recruit 3,000 Jews for forced labour. But only 150 volunteeers turned up. Rauff took over the Great Synagogue in Tuns and his men wrecked Sifrei Torah.

Enter one of the heroes of the Jewish community, Paul Ghez. Ghez was a lawyer who would serve as head of the  Committee for the Recruitment of Jewish Labour. He had distinguished himself in WWI and had won the Croix de Guerre after volunteering for the French army in WWII. " At this  point I have a single aim," he declared.  "I will stand erect and not project the spectacle of a trembling Jew."

Wearing his officer's uniform throughout the war, he protested that the Germans had no right to humiliate the Jews. If they wanted to shoot 10 of the community's leaders, he would be the first to die. Rauff backed down and took 100 Jews as hostages instead. His men rounded up 2,000 men on 9 December. Between 9 and 18 December, another 3,700 were recruited from the provinces. It was the Jewish community's job to feed and clothe the inmates from taxes raised by the community itself.

The question remains: why did the Germans insist on recruiting effete Jews to do forced labour when there was a much better-qualified workforce amongst unemployed Italians? The answer must have been that the persecution and extermination of the Jews was a key war aim.

Some of the camps were run by Italians. When Rauff made it known that he wanted to shoot Jews, the Italian commander of one camp turned a blind eye to escapees. When German soldiers looted from Jewish homes and raped their women, the Jewish community protested. Ghez remonstrated with the Germans. 'Rape is against military honour', he said.

The Germans requisitioned radios from the Jews, bicycles, pianos, crockery, cameras. They demanded jewellery. Rauff threatened to shoot his Jewish hostages. Then came extortion - Rauff demanded 20 million Francs in one day. Estéva was asked to intervene. He arranged for the money to be lent to the Jewish community. The story is told that in March 1943, Rauff took three hostages on the island of Djerba and demanded 100 kg of gold. When the rabbi toured the island in his car on that Shabbat collecing the gold, the Jews of Djerba knew something was seriously amiss. .He collected 50 kg, but the Nazis never returned for the rest.

By the end of the occupation, 17 Jews had been deported to concentration camps in Europe, some 42 Jews were victims of acts of sadism and shootings.  Right-wing French were antisemites, but the Catholic church was basically not. The lower class Italians laughed at the Jews' plight, while some Italian consulates protected Jews. The Bey of Tunisia was philosemitic but powerless;  Muslim leaders acted responsibly. Some aristocrats hid Jews. But nationalists were anti-Jewish; Arabs did help identify Jews in the round-up and rejoiced to see Jews humiliated. In one terrible case, a Muslim denounced the Chemla brothers and their father; these were deported and beheaded in Germany. Many Arabs were influenced by Nazi propaganda and widespread use of the Yellow Star might have provoked Muslims to act against Jews.

It took two months for the Allies to repeal the racial laws but the rift between the Jews and the French would not heal. The Jews could never trust the French again. Some Jews moved closer to Arabs, some became more pro-Zionist and some became anti-nationalist. The Jews of Tunisia  had received a terrible shock - a shock from which they would not recover.

Nataf has done a lot of good work, but he must be confronted with the undeniable historical facts the the Shoah in France included the persecution and murder of the Jews living in "France, on the other side of the Mediterranean," in Vichy France Tunisia, the three French departments of Vichy France Algeria, and Vichy France Morocco. I believe that Nataf is politicising the history of the Shoah in France.

"How were Tunisian Jews impacted by WWII? Tunisia was the only country to come under direct Nazi control during WWII..."

Wrong title and misleading content. Tunisia was not an independent country during WWII; it was a French protectorate ruled de facto and de jure by a French government, while the local ruler was just a symbolic figure.
There was no such a thing as "Tunisian Jews impacted by WWII. The Shoah in France, a transcontinental country not limited to its part in continental Europe, included the fate of the Jews of France on the other side of the Mediterranean, in Vichy France Tunisia/Algeria/Morocco, ruled de facto and de jure by the pro-Nazi Vichy government, that ruled France during the Shoah. In 1941, in Vichy France Tunisia, there were 16,496 French Jews, about 5000 Jews with European nationality (about 4000 Italian Jews), and about 68,000 Tunisian Jews, for a total of about 90,000 Jews. During the Shoah in France, from 1940-1943, there were a total of about 700,000 Jews under Nazi occupation or direct Nazi occupation: about 320,000-350,000 in METROPOLITAN France, and the rest in Overseas France, France d'outre-mer.
Toda.

The yellow star was not imposed only in the south, as incorrectly stated by Nataf, but also in Nabeul, in the north of Tunisia (65 km from Tunis_ and in Sousse, Le kef.
I do not trust all what Nataf writes, and one MUST double-check his statements.

Point on No Return moderator MUST specify that she is publishing the OPINIONS OF AN AUTHOR, especially when the author does NOT mention his SOURCES, THE PRIMARY HISTORICAL SOURCES. Thank you.