Sixty years since the Egoz sank, with the loss of 43

Sixty years have passed since the Egoz (Pisces), a Mossad smuggling boat carrying 42 illegal emigrants from Morocco, capsized. All on board died except for the captain and two sailors  (a third crewman, Paco Perez, died with the emigrants.) On 16 April 2021, Gila Gutman Azulay, who lost the majority of her family that day, lit a memorial torch to commemorate their deaths and the deaths of those who died defending the State of Israel. Some 22 of the bodies were located and buried at Jerusalem's Mt. Herzl Cemetery. Here is an extract from a post published by Point of No Return on the fiftieth anniversary of the sinking of the ship: 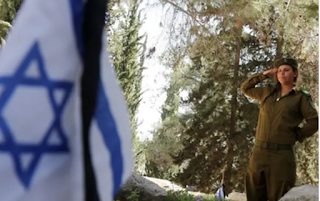 A solemn ceremony was held on Mount Herzl to recall the dead of the Egoz (Photo: Jerusalem Post)
On Wednesday 11 January 1961, for the thirteenth time, the ship Egoz was about to do an illegal crossing to Gibraltar. It was an old launch that had served the British during World War 2, converted into a smuggling boat.
On board were ten families of Moroccan Jews, 42 people in all, preparing to make the great voyage to the Promised Land. Among them were Captain Francisco Morilla and a three-man Spanish crew; Haim Sarfati, a 28-year-old Israeli born in Fez, sent by the Mossad as a radio operator, on his last mission before returning to marry in Israel; Jacques and Denise Ben Haroch, married the previous day; David Dadoune and his two children. Dadoune had been caught with a fake passport at the airport in Casablanca and was happy to be joining his wife and two other boys already in Israel; Henry Mamane, a bartender from Casablanca, and his 80 year-old mother Hana Azoulay and his children, eager to be reunited with two girls who had gone with an earlier party of children on 2 January.
The passengers were exhausted after a 600 km journey from Casablanca.To avoid attracting attention, the group was supposed to make a pilgrimage to the tomb at Ouezzane of Amram Ben Diwan. In case they were stopped after Ouezzane they had to claim they were on their way to be guests at a wedding in the Al Hocem area.
Crossing the Rif mountain range had been very arduous due to snow and fog. Around midnight they stopped near a bridge, where two masked figures had guided them on a rocky path to the beach. These armed and hooded men, members of the Mossad network, helped them onto lifeboats in order for them to reach the boat. But as the boat sailed out to sea, the waves became rough. Yet all checks had been made and the forecast had been for good weather. At 3 am GMT, ten miles from the Moroccan coast, the vessel's tired hull split 'like a nutshell'. Within five minutes the Egoz sank completely. No doubt the Mossad network in Gibraltar picked up the SOS and gave the alarm.
The captain and two sailors aboard managed to escape on board the only lifeboat. A Spanish trawler, the Cabo de Gata picked them up at dawn and also sounded the alert.
Alex Gatmon, the head of the Mossad in Morocco who had taken up his post two months earlier, warned Ephraim Ronnel, his superior who ran three North Africa networks from Paris. Rescuers converged from all sides.The coastguard launch Orpheus and four Moroccan trawlers set sail from the port of Al Hoceima. The British base at Gibraltar dispatched a speedboat and airplane. The commander of the French Navy in Algeria ordered two escort vessels to divert to the scene of the accident (the Vendeen and Intrepid).
The military attache of the Embassy of Israel in Paris, Colonel Uzi Narkiss, won a promise of help from the French Prime Minister Michel Debre. But aid came too late. Twenty-two corpses were found floating on the surface wearing inadequate life jackets. The wreck itself and the bodies of 20 passengers, including 16 children, were never found.
This event raised a storm of international emotion, and a forceful poster and leaflet campaign in Israel and the mellahs of Morocco (Operation Bazak) aroused the anger of the Moroccan authorities. Crown Prince Moulay Hassan received a delegation from the Jewish community: Dr. Leon Benzaken, former Minister of Posts, and a personal friend of King Mohammed V, David Amar, head of the Jewish community and Rabbi David Massas. They asked permission to give the dead a religious burial.
Following lengthy and extremely tense talks, the prince agreed, on condition that the bare minimum of ceremonial took place and no parent was allowed to attend. The 22 bodies were buried hurriedly in a far corner of the Spanish cemetery of Al Hocem.
Since 1980 the 23rd Tevet has been declared a day of remembrance in Israel for the sinking of the boat Egoz. After years of hard work and negotiation with the Israeli government, associations in Israel and international figures, King Hassan II gave his permission for the bones from the shipwreck to be repatriated to Israel. They were given a state funeral at Mount Herzl in Jerusalem on 14 December 1992.
Read post in full (French)
More about the Egoz
Posted by bataween at Tuesday, April 20, 2021