To many Israelis, Zvi Yehezkeli is something of a hero - an investigative journalist who has daringly infiltrated Islamic  state and the Muslim Brotherhood. However, he is not only an Arabic-speaking Jew, but a religious one. Profile by Kay Wilson in Israellycool: 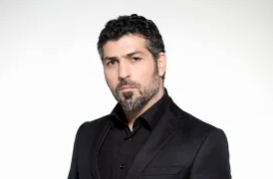 It is rare that a journalist garnishes respect from both sides of the political divide. But such is the case with Zvi Yehezkeli.
Aside from once being voted among Israel’s most handsome men, he is our most famous Arabist: a non-Arab who is an expert in Arab affairs. A son of parents who fled Iraq and thus with a background of spoken Arabic, Yehezkeli enlisted into the Shin Bet and worked for them in security details all over the world. While he was abroad, he became interested in Islam.
He was especially fascinated with terrorist Yasser Arafat due to the fact that the mass murderer shook hands with the late Prime Minister, Itzhak Rabin, at the Oslo Accords. In his work as a journalist he went undercover throughout Judea and Samaria to find out how local Arabs felt about the now outdated July 2020 plan to bring areas under Israeli sovereignty. A tiny camera was hidden in his glasses.
Those interviewed didn’t even know they were being filmed. For the release of the report, he distorted their faces and voices to protect them from the brutality of the Palestinian Authority. Unsurprisingly, most of the interviewees stated their preference to live under Israeli sovereignty.
Read article in full