France’s highest court on Wednesday found that the killer of a Jewish woman was not criminally responsible and could not go on trial, provoking anger from anti-racism groups who say the verdict puts Jews at risk. The Simon Wiesenthal Centre called the verdict 'a devastating blow'. The Times of Israel reports: 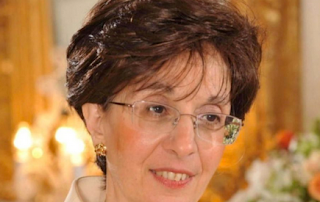 Sarah Halimi, an Orthodox Jewish woman in her sixties, died in 2017 after being pushed out of the window of her Paris flat by neighbor Kobili Traore, who shouted “Allahu Akbar” (“God is great” in Arabic). The verdict by the court means Traore will not face any trial.
In its decision Wednesday, the Court of Cassation’s Supreme Court of Appeal upheld rulings by lower tribunals that Traore cannot stand trial because he was too high on marijuana to be criminally responsible for his actions. Traore, a heavy pot smoker, has been in psychiatric care since Halimi’s death. The court said he committed the killing after succumbing to a “delirious fit” and was thus not responsible for his actions.
Read article in full
The Simon Wiesenthal Centre's Director for International Relations, Dr. Shimon Samuels, stated:
"After a harrowing three years of courtroom debate on the criminal responsibility of a murderer,....the family has been on edge until now. This is a devastating blow!"
The voluntary act of drug consumption constitutes wrongful behaviour which excludes irresponsibility. Moreover, since the consumption of cannabis is intended to obtain a modification of the state of consciousness, Kobili Traoré must have been aware of the risks involved in this consumption. Therefore, the consumption of narcotics is an aggravating circumstance and may not at the same time constitute grounds for exemption from criminal liability."
Furthermore, the antisemitic and Jihadi remarks made by the accused before and after the murder illustrate a remnant of conscience, that the latter "voluntarily" threw the victim from her balcony, and acted with "awareness of the fact that Madame Attal-Halimi was Jewish.”
Samuels stressed that, "the Supreme Court’s decision now closes the case definitively... and instead of allowing it to be re-examined by the Appeals Court on the basis of a more solid legal standpoint, it confirms that it is possible to deny justice for a murder aggravated by its antisemitic character. Furthermore, this decision denies closure for the family and potentially creates a precedent for all hate criminals to simply claim insanity or decide to smoke, snort or inject drugs or even get drunk before committing their crimes."
More about the Sarah Halimi case
Posted by bataween at Wednesday, April 14, 2021