Afghanistan claims back priceless artefact from US

The Afghan president is demanding that an ancient and priceless siddur (prayer book), now in the US, be returned to Afghanistan following the bombing and pilfering of the Museum where it was kept. The case is not straightforward, however. See my comment below (with thanks: JIMENA) 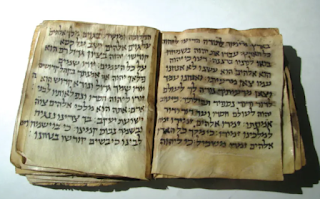 Following the outbreak of Afghanistan’s civil war in 1992, the museum was repeatedly shelled. It suffered heavy damage in a May 12, 1993 rocket strike. The combination of Taliban mortars and looters resulted in the loss of 70% of the 100,000 prehistoric, Hellenistic, Buddhist, Hindu, Zoroastrian, Islamic and Jewish objects once in its collection. Those pilfered artifacts flooded antiquities markets in London, Paris, New York and elsewhere. Now the pro-Western regime of President Ashraf Ghani Ahmadzai – formerly an anthropology professor at John Hopkins University in Baltimore, Maryland – wants its cultural legacy returned. Among those treasures it is seeking to repatriate is a 1,200-year-old siddur (prayer book) – the world’s oldest Hebrew manuscript after the Dead Sea Scrolls.
“It is our responsibility to get back our ancient treasures,” said Abdul Manan Shiwaysharq – the country’s Deputy Minister for Information and Publications in the Information and Culture Ministry – in the first-ever on-the-record interview between an Afghani official and an Israeli journalist.
Shiwaysharq argues photos of the ancient siddur in Kabul’s National Museum dating from 1998 contradict the ownership documents provided by the Museum of the Bible in Washington, DC. The MotB says it bought the siddur in 2013 from antiquities dealers in the UK who provided provenance documents showing the manuscript had been in Britain since the 1950s. The MotB paid $2.5 million for the prayer book. Though Shiwaysharq appraises the unique volume at $30m. for insurance purposes, it truly is priceless. The prayer book may have belonged to the Radhanites, a little-known group of medieval merchants, some Jewish, who traded along the Silk Road linking Christian Europe, the Islamic world, China and India during the early Middle Ages. The Radhanites’ entrepôts and Afghanistan’s early Jewish community were likely destroyed in the 12th and 13th centuries as the Mongol Empire grew from the steppes of Mongolia to extend from Europe to China.
Read article in full
My comment: This is not a straightforward case. The zeitgeist favours the return of artefacts from the West  to their places of origin and the US has signed dozens of Memoranda of Understanding with Arab and Muslim countries. However, is the artefact really a 'national treasure'? Could the Afghan Jewish community, now in exile, have a  good claim to this prayer book? The Museum of the Bible in Washington DC may have acquired this  prayer book illegally, as a result of the looting of the Afghan museum. If it were to be returned to Afghanistan, the chances are that the museum housing it would be once again at risk of destruction. Afghanistan is unstable, and the Taliban fundamentalists, who have no respect for Jewish artefacts, are resurgent. At least the exhibit will be secure and preserved in the right conditions where it is now in the US.
Posted by bataween at Monday, April 26, 2021

It is a Jewish artifact for Jews,,,,,,period....it belons to the Jews of afghanstan who have settled in Israel........