The 'aliya' of Iraqi Jews was negotiated by Shlomo Hillel

Jews with roots in Iraq are today the third largest community in Israel - after the Soviet and the Moroccan. Did you ever wonder how they got there?  Lyn Julius writes this tribute to Shlomo Hillel z"l in Times of Israel. 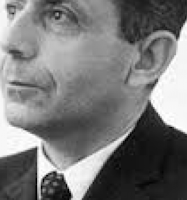 The Jews of Iraq, the oldest diaspora in the world, had been through troubled times in the 1930s and 40s. Hundreds were murdered in the Farhud massacre of 1941, and the Arab war against the fledgling state of Israel had led to persecution, extortion and the criminalisation of Zionism. In defiance of a travel ban, 12,000 Iraqi Jews were smuggled over the porous border into Iran. Working with a Jewish-born priest, Alexander Glasberg, to get the Jews French visas for Israel, Shlomo bribed Iranian policemen to look the other way. Posing as a member of the crew, Hillel used freelance American pilots to arrange the first test flights transporting out 100 Jews, Operation Michaelberg.

Before Israel had an official army,  Hillel led the construction and operation of a secret bullet factory, under the noses of the British. The factory, known as the Ayalon Institute, was built  beneath the laundry room of a kibbutz in Rehovot.

When the Iraqi government briefly lifted the ban on immigration in 1950 on condition that the Jews relinquished  their citizenship, Baghdad-born Hillel returned to Iraq as a Mossad agent to facilitate their exodus. Aged 23, he  posed as  Richard Armstrong, the British  representative of Near Eastern Airlines  to negotiate the airlift of the Iraqi Jews with the Iraqi government. Throughout the meeting he shifted in his seat, fearing he might be recognised by his cousin, the leader of the Jewish community. (He wasn't). Shlomo told his story in Operation Babylon.

Born in Iraq, Hillel was the youngest of 11 children of a Jewish merchant importing goods from India, Japan and Manchester. Iraq Jews were not generally Zionist, but until the rise of pro-Nazi feeling in the 1930s, there was a small Zionist movement, Achi-ever,  where Hillel and his brothers  learnt Hebrew.  In 1934, aged 11 on a family visit to Palestine, Shlomo insisted on remaining with two elder brothers, attending the prestigious Herzliya Gymnasium in Tel Aviv. Having lived through the massacre of Assyrian Christians in Iraq in 1933, Hillel's father had a sense of foreboding  'If they do this to Iraqi Christians, what will they do to Jews?" He moved the rest of his family to Israel.

A founder of kibbutz Ma'agan Michael, Hillel married Temima, who came as a refugee from Europe on the Patria.  He reluctantly embarked on a political career, becoming a Minister and Knesset speaker. He also served as as Israeli ambassador to several African countries and was awarded the Israel prize in 1988. But he was always modest about his achievements.

Later Shlomo Hillel was involved in the mass emigration of Jews from Ethiopia. The wheel came full circle when his son Ari fell in love and married an Ethiopian girl. When asked what he thought of the match, Hillel said he was delighted. The Jewish people was completing the 'Ingathering of the Exiles'.

More about Shlomo Hillel
Posted by bataween at Wednesday, March 03, 2021