May we celebrate Passover using Zoom?

Are we permitted to celebrate Pesah using Zoom ? The question arose last year when the coronavirus pandemic broke, separating families who would otherwise have gathered around the Seder table. Fourteen rabbis from the Association of North African Sages in the land of Israel ruled that it was permissible to use Zoom in order to lessen the impact on mental and emotional health. However, a fierce backlash to the ruling came from other rabbis. Dr Arie Tepper of the American Sephardi Federation writes: 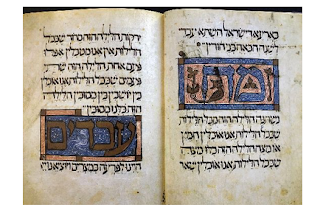 Although the ruling received a large amount of publicity, in strictly legal terms there was nothing really extraordinary about it.
Consider the “hot-topic” issue of using electricity on Yom Tov (holidays). It’s well-known that many Moroccan Hakhamim (sages) have ruled that the use of electricity—in plainest terms, the ability to turn on and off a light —is permissible on Yom Tov, as did the first Rishon Le’Tsiyon, the Chief Sephardic Rabbi of the State of Israel, Hakham Rabbi Ben Zion Meir Hai Ouziel (1880-1953).
Most recently, the Moroccan-born Rabbi David Chelouche (1920-2016), a student of R’Ouziel’s and the Chief Rabbi of Netanya for 63 years, devoted an entire year to studying the intricacies of electricity with expert scientists and engineers.
He then composed a forty-page ruling in which he reaffirmed that it is, indeed, permissible to use electricity on Yom Tov. Nevertheless, the new ruling was viciously attacked in rabbinic quarters.
Some Ashkenazi rabbis rejected the ruling by attacking the scholarly credentials of the signatories without bothering to investigate the merits of their arguments, or even acknowledging that a great 20th century Gadol like Rabbi Tzvi Pesach Frank also ruled that using electricity on Yom Tov was permissible.
Read article in full
No matter how you choose to mark the festival,  wishing our readers Hag Pesah Sameah.
Posted by bataween at Friday, March 26, 2021