Expelled by the Iranian-backed Houthis,  13 Jews of Yemen departed for Cairo, Egypt, according to the Times of Israel. This leaves just six Jews in Yemen, including the jailed  Levi Salem Marhabi. The press has speculated that the Jews consented to leave as part of a deal to free Marhabi, but there is no guarantee that he will be released. See my comment below:
The 13 Jews received an offer to go to Israel by way of the port city of Aden, which is controlled by the United Arab Emirates’ proxy in the war-torn country, the Southern Transitional Council. But they refused.
“They reached an agreement with the Houthi leadership to go to Cairo. They wanted at first to go to the United Arab Emirates, but that proved impossible, so they went to Cairo.
In Cairo, they have family there,” said the official, who spoke on condition of anonymity due to the sensitivity of the matter.
Several Yemeni Jewish families have been resettled in the Emirates in recent months. The families were given what the official termed “very good financial conditions,” including housing units.
Read article in full
According to the Jerusalem Post:
The three families arrived in Egypt and are considering whether to immigrate to the UAE or make aliyah to Israel, according to KAN news. Some of the family members are reportedly interested in moving to Israel, but one of the family members is reportedly opposed.
According to KAN news, six Jews remained behind in Yemen, including Marhabi who is still imprisoned, despite the Asharq Al-Awsat report that he would be released if the families left. His conditions in prison have reportedly been improved since the families agreed to leave.
My comment: The departure of the 13 Jews marks the end of the 3,000-year-old community. There are six Jews left, including the jailed Marhabi: an old woman, her crazed brother and three others in Amram province.  (It is estimated that there are also  Jewish women married to Muslims). For reasons unspecified, the thirteen were not able to move to the UAE, which took in three Jewish families from Yemen in recent months. It is highly unlikely that the Yemenite Jews would have family in Egypt, where the community consists of six elderly ladies, all widows or married to Christians or Muslims. The newcomers will not find a Jewish community in Egypt to speak of. It is likely that the 'influential  member' opposed to their aliya to Israel is Rabbi Yahya Youssef, who headed the group of Jews living in a government compound in Sana'a before the Houthis took control of the city.  Yahya unsuccessfully fought for Jewish rights in Yemen. 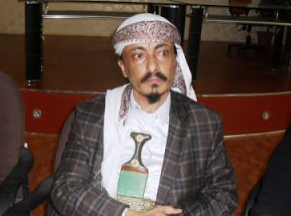 May the L-d See and do Justice to those left behind........including those daugthers of Israel kidnapped and forced into marriage.......

Heed the word of the L-d of bring exhilded sons and daugthers and Go up to Israel...for the Jews of Iran....the Jews in Yemen were driven out by an Iranian backed goverment...YOU ARE NEXT....AND have a CHoice Stay in Iran and DIE....Or Go up to Israel and Live....