After three years of wrangling, California’s State Board of Education voted unanimously to approve the third draft of a controversial model curriculum in ethnic studies for high schools, the first of its kind in the country. The vote represents a triumph for JIMENA, which worked hard to get Mizrahi Jews included in the curriculum; the American  Sephardi Federation, however, has raised objections. The curriculum is not mandatory in schools, but will serve as a model not just in California, but in other states and even in Europe. The Jewish News of Northern California reports: 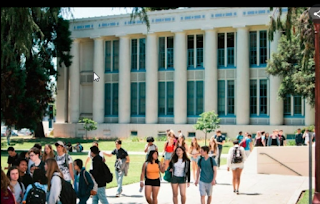 The 11-0 vote came five years after the legislature first approved a bill requiring a different state body, the Instructional Quality Commission, to develop the draft, and more than 18 months after the initial version roiled the Jewish community for its exclusion of lessons on Jewish Americans and its harsh critiques of Israel.
The virtual public meeting Thursday included an acrimonious public comment period that lasted more than three hours. Many of the arguments made over the last year and a half — in the op-ed pages of local and national newspapers and in previous public meetings — were reiterated.
Some read from scripts prepared by activist groups. The public comments focused on whether the curriculum inappropriately carried a left-wing ideology into the classroom or whether, conversely, it had been “watered down” by conservative forces; whether Palestine and Palestinians belonged in the curriculum, or whether a critique of Israel risked demonizing Jews; whether the model focused too much on race or “critical race theory” in a way that would divide students rather than unite them; whether it was sufficiently anti-colonial or too much so; and whether, broadly speaking, it was appropriate for high schoolers.
Accusations against Jewish groups flew through the virtual space, with many claiming the curriculum had been “hijacked” or “whitewashed” by Zionist organizations and so-called “right-wing groups.”
Read article in full
Yahoo News report
Jonathan Tobin in JNS News
Max Samarov in JNS News
The Simon Wiesenthal Center made this statement: " The Simon Wiesenthal Center, like the majority of Jewish community leaders and organizations, is encouraged that the Ethnic Studies Model Curriculum released today does not include any content that is, or can be perceived as, anti-Semitic or anti-Israel,” said Rabbi Meyer H. May, the Center’s Executive Director. “While we remain concerned regarding some of the finer details of the curriculum, the consensus in the Jewish community is that the curriculum addresses the most critical concerns raised by our community.”
The American Sephardi Federation  has criticised the curriculum in the grounds that it commits the 3 Ds: Divides the Jewish people into conflicting identities; Defines Jews by the hateful beliefs and behaviours of others; Denies Jewish agency and achievement, especially in America.The ASF has also charged that the curriculum only includes a partial IHRA definition of antisemitism.
More about the Californian Ethnic Studies curriculum
Posted by bataween at Friday, March 19, 2021