With the third draft of the California Ethnic Studies curriculum expected to be approved on 18 March 2021, a divide has appeared between JIMENA, supported by mainstream Jewish organisations, and the American Sephardi Federation.  The disagreement stems from the ideological framework behind the proposed curriculum, Critical Race Theory (CRT), itself under fire here and here. CRT sees US society afflicted by systemic racism and ethnic groups in the US as oppressed or oppressors (Jews are lumped into the latter group). While JIMENA has tried to work within the framework to ensure that Jews - and specifically Sephardi Jews -  are mentioned and that antisemitism in conformity with the IHRA definition is not ignored,  the ASF claims that the latest curriculum draft  is in opposition to US values of pluralism and drives a wedge between Ashkenazi and Sephardi Jews, as well as defining Jews by their own oppression. 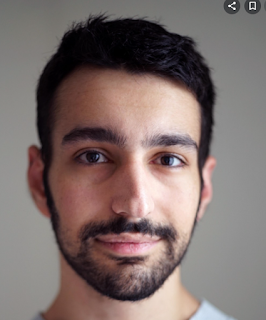 While JIMENA made a last push to get  US citizens to sign their petition by today's deadline (12 March),  the ASF held an online discussion called Beyond the Curriculum between Isaac de Castro (pictured) and Blake Flayton. De Castro wrote the following Times of Israel blog:

College campus antisemitism has become a hot topic, but one so many wrongfully isolate. The push for a Critical Ethnic Studies is a consequence of this, a natural ending point to a toxic cycle forming.

It is all part of the growing movements in American society attacking the pluralism and foundational values this country was created on the basis of, the fact that we are all created equal and our worth is not placed on limiting racial hierarchies.
We know the consequences of forcing Jewish people into these fallacies, which is why it is so disappointing to see that many of us are not only allowing it, but applying the same logic from within our community as well.
The fact that we have accepted being the only ones in this curriculum who are called “privileged.” The fact that we have accepted historical inaccuracies to further division within our community. The fact that we have accepted being defined by our oppression. We are not.; It is no coincidence that American Sephardi Federation’s Young Leaders is hosting this event. Last month, I sent a letter to ASF’s board of directors, asking them to take a stand. I am proud that they did, as they have been one of the only Jewish institutions with the integrity and courage to do so.
Curriculum writers want us to believe that they are doing this on behalf of the greater Sephardi community, for our own good. I am here today to say, not in my name, a message I hope more of us will soon echo.
I am a proud Sephardi man, but before that and anything else, I am a proud Jew. I refuse my Sephardi family to be categorized differently than my Ashkenazi family, as they are intrinsically connected.
I refuse to accept our history being erased for someone else’s agenda, whether that is the Sephardi experience in the Holocaust, or Ashkenazi pogroms and immigration. I refuse to leave out Orthodox Jews from the conversation, as they are the primary targets of religious hate crimes in this country.
I could sit here for hours and talk about the issues this curriculum poses in the Jewish section alone, but I have decided not to do that. The problem this curriculum presents is a much larger one as New York and Connecticut accept bills similar to California’s and as college graduates who have internalized these ideologies infiltrate the workforce.
Millions of children face potential indoctrination; thousands of young adults have already fallen victim.
Read article in full
More about the California Ethnic Studies Curriculum
Posted by bataween at Friday, March 12, 2021

Good that someone is speaking out. The people promoting CRT are not deserving of good faith or to be credited with good intentions.