Update from Edwin Shuker
And then there were three.
The oldest Jewish diaspora in the world - the community of Iraq - edged closer to extinction as the death following a stroke was announced yesterday of Thafer Fouad Eliyahu, 61. Eliyahu was an orthopaedic surgeon at the Wasiti hospital in Baghdad. His death leaves just three Jews still living in Iraq. 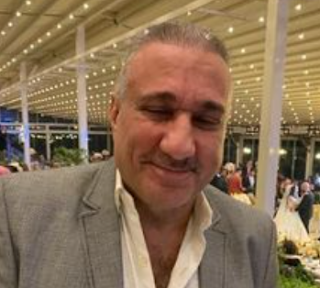 Thafer Eliyahu, know as the 'doctor of the poor'
The origins of the community go back to the Babylonian exile following the destruction of the first temple in Jerusalem  in 586 BCE.  Rabbis at the pre-Islamic academies of Sura and Pumbedita wrote the Babylonian Talmud, the most authoritative Biblical commentary in Judaism.
With the death of Eliyahu, a question also hovers over who would manage the community's assets, which were handled by ('Sitt')  Marcelle Azra. Sitt Marcelle died in her nineties in September 2020.  Jewish property was frozen when their owners left but rents continued to be paid by some tenants and were collected by Sitt Marcelle.
In 1948, the community numbered 150,000 Jews and a quarter of the population of Baghdad was Jewish. The vast majority emigrated to Israel in 1950-51. 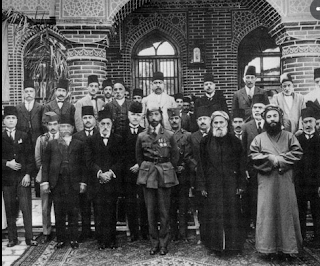 King Faisal of Iraq visiting the Great Synagogue in Baghdad in the 1920s. The synagogue no longer exists.
Jewish Chronicle report
Jerusalem Post
Rudaw
Times of London
Posted by bataween at Tuesday, March 16, 2021