The return of MishMish to the cinema screen

They were the Walt Disney of Egypt: the three Frenkel brothers introduced the popular cartoon character of MishMish Effendi to an Egyptian cinema audience in the  1930s and 1940s. But they were forced to leave Egypt for France (see story below), where they never managed to replicate their former success.  Now Israeli  producer Tal Michael has made a documentary to rescue their story from oblivion. 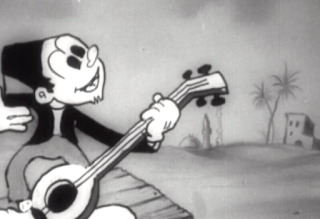 Mishmish Effendi, an Egyptian Mickey Mouse
In a Zoom interview, Michael told The Times of Israel that as young men, the Frenkels “just fell in love with it, this technology, the animated world, [and just] decided they could do it.”
Not everyone supported them. The documentary’s title refers to an inauspicious early-career conversation they had while seeking funding.
When they pitched a leading member of the Bank of Egypt, he called their project “mafish fayda,” or “useless” in Arabic. When they persisted, asking when he might be open to investing, he replied with a well-known expression, “bukra fil mish-mish,” or “when the apricots bloom,” a reference to the short apricot season and generally understood to mean that something will never happen.
Reflecting on the phrase, Michael finds two potential meanings. One is dismissive, but the other allows for a brief possibility of hope — just like the small time frame when apricots do actually bloom.
The Frenkels’ story fits right in with the second interpretation. “For a very short time, they became the Walt Disney of Africa and the Arabic world,” Michael said. Along the way, they took some swipes at their naysayer.
“Mafish Fayda” became the title of one of their films, while they named their most enduring character Mish-Mish Effendi. A fez-wearing, hijinks-prone young man, Mish-Mish appealed to rich and poor alike and even starred in “National Defense,” an Egyptian propaganda film by the administration of King Farouk.
Yet future success was derailed by Egyptian hostility toward the newly declared State of Israel. Riots against the Egyptian Jewish population caused a mass exodus. The Frenkels left for France, and although they continued making animated projects they could never recapture their glory.
Eventually, their film reels were left gathering dust in their basement.
Read article in full
More about MishMish Effendi and the Frenkel story
On the 'Egyptian Jews' Facebook page, Didier Frenkel posted the document issued to his family on their departure by ship from Egypt in 1951. What is interesting is that the document does not give a reason for leaving and says that the family is not allowed to return to Egypt. The family apparently had Egyptian nationality and left five years BEFORE Nasser's mass expulsion of 1956 for France. 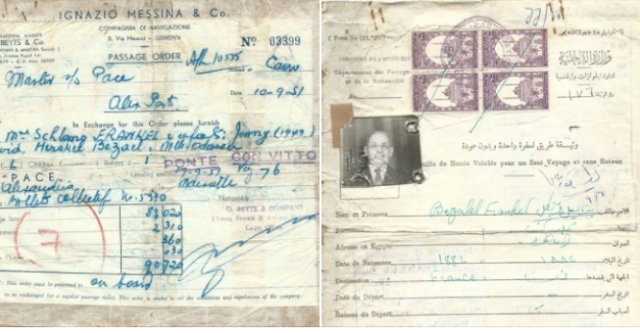 I like your post. It is good to see you verbalize from the heart and clarity on this important subject can be easily observed…
viagra tablets in pakistan