Tributes have been pouring in to Shlomo Hillel, who passed away on 8 February 2021 aged 97. Hillel was one of the main drivers behind the aliya of Jews from Iraq. But he also worked to help transport Jews legally or illegally to Israel from Iran, Egypt and Syria and later from Ethiopia,  and became an Israeli  politician and diplomat. 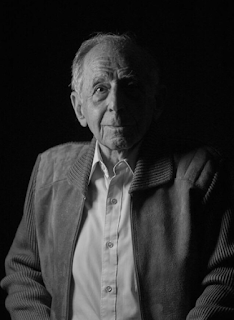 Shlomo Hillel (Photo: Sephardi Voices)
He was a former chairman of the Knesset and minister, Israel Prize laureate and one of the founders of the Babylon Jewish Heritage Center.
Hillel immigrated to Israel with his family from Iraq in 1934. He studied at the  Herzliya Gymnasium and  helped found Kibbutz Ma'agan Michael. He set up the Ayalon Institute, an underground factory for the production of bullets 'under the noses' of the British.
Later he went on a mission for the Mossad to  Iraq and worked with the members of the fledgling  Zionist underground to organize the daring airlift  from Baghdad to Israel in 1947, Operation Michaelberg.
After the establishment of the state of Israel, Hillel worked to locate escape routes through Iran for
13, 000  Jews.  When the Iraqi government enacted the law in which Jews leaving the country had to give up their Iraqi citizenship, Shlomo Hillel posed as an Englishman and met with the Iraqi Prime Minister as an airline  representative to negotiate the airlift of  over 100,000 Jews to Israel - known as ′′ Operation Ezra and Nehemiah." He published 'Operation Babylon' to tell the story.
He was continuously involved in the Mossad mission to bring in Jews from Arab and Muslim countries. In 1953, he was sworn in as a member of the Knesset on behalf of the Mapai party and served in seven Knessets.  He served as the Israel ambassador to Ivory Coast, Upper Volta, Nigeria and Dahomey as well as the VP of the Ministry of Foreign Affairs for Middle East Affairs. He served as Minister of Interior and Minister of Police.
In 1988, he was awarded the Israel prize for making a special contribution to society and the country. In 1952 Shlomo Hillel married Temima and the couple had two children - Ari and Hagar. Hagar died in 2005. He was widowed in 2011.
Shlomo Hillel worked for the preservation of the Babylonian Jewish heritage. At an event to honour him in 2020, he stressed that  the aliya of the Jews of Babylon was in fact a rescue operation. The immigrants from Iraq came to Israel under difficult conditions in the young state of Israel but did not complain, made all efforts to improve their living conditions and successfully integrate into the country.
Sephardi Voices interview
Times of Israel
Jerusalem Post