When a 'Jewish state' was planned in Morocco

Morocco was one of the options considered for Herzl's Jewish state in 1903, although the idea was soon dismissed as 'illusory'. A Jewish warlord named Haroun ibn Mishal also had a plan for a Jewish domain in 17th century Morocco. Report in the Moroccan news medium Yabiladi: 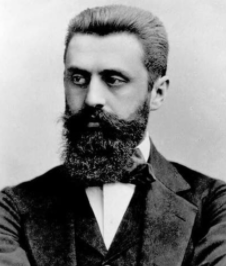 Theodor Herzl
In the 17th century, a Moroccan man of Jewish faith tried to establish a Jewish state in Taza, taking advantage of the decline of the Saadi dynasty and the arrival of the Alawites from Tafilalet.
At the beginning of the 20th century, Theodor Herzl, founder of the Zionist movement was also considering establishing a state for Jews in Morocco, before the leaders of the movement opted for Palestine.
After the decline of the Saadi Empire (1554-1659) and before the Alaouites gained control of the country in 1631, political unrest reigned in Morocco. Political figures or figures with a significant social status had attempted to govern their territories on their own.
One of them was a Moroccan Jew named Haroun ibn Mishaal, who lived in Taza.
Read article in full
Posted by bataween at Sunday, January 03, 2021