The 70th anniversary of the Tasqeet - the mass airlift  of the Jews of  Iraq to Israel - is an opportunity for New York university professor Ella Shohet to examine the causes in Jaddaliyya. From the start, her article obfuscates the reasons for leaving: it's because the Jews were 'caught in a vortex of political forces and conflicting ideologies' - an unsavoury soup of colonialism, monarchism, communism, Zionism and Iraq/ Arab nationalism.

Somehow she seems to miss the one 'ism' that overrode all the others: antisemitism.

'A new world order could not accommodate Jewishness and Arabness', she declares. And so she might, as Shohat effectively patented  the antonym 'Arab Jew'. But what was fatefully conflated  was not Jew and Arab, but Jew and Zionist. And it was not a new world order, it was a deliberate policy specific  to Arab League countries. The criminalisation of Zionism in Arab countries permitted arbitrary dispossession, arrest, trial and execution.  It turned every Jew into an enemy alien deserving of collective punishment, although they were not citizens of that enemy state. Yes, Arabs who remained in their hundreds of thousands in Israel were subject to limitations at first,  but Zionism did not scapegoat them in this way. 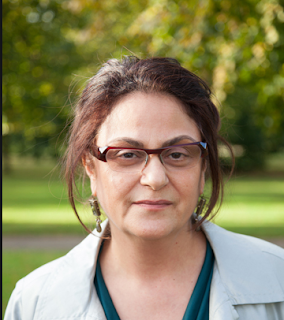 Although she recognises their suffering, Shohat cannot bring herself to call Iraqi Jews 'refugees' - only Palestinians can be refugees. Jews are neither refugees nor immigrants returning to their ancestral homeland.  To Shohat, the campaign for justice for Jewish refugees from Arab countries is 'narrative envy' - an appropriation of the sacred Arab nakba.

The 1941 Farhud,  now recognised as a Holocaust event,  was the decisive break between Jews and Muslims in Iraq, but Shohat only mentions the massacre in order to suggest that Arabs were not Nazis. Did Arabs not save Jews in the Farhud? she complains, ignoring the part played  by Iraq's  pro-Nazi government.True, the history of Jews under Muslim rule should not be 'farhudised', but neither should one forget that Jews were second-class dhimmi until the colonial era.

While Iraq stole from Iraqi Jews, Israel 'betrayed' Iraqi Jews by 'excluding, rejecting and otherising them as Arabs  orientals'. Shohat meanders into an  inexplicable digression about the leader of the Iraqi Jewish community, Rabbi Sasson Khaduri, 'much maligned' in Israel for his declarations of loyalty to Iraq'  - and his son Shaul, who spent a year in the fearsome prison ' The Palace of the End'. But loyalty did not save the Jews.

Shohat's invective sounds embittered and  out of touch with today's Israel, where Iraqi Jews  have made their mark on  economy, society and culture. She may have a following in the sociology departments of US universities, but few Iraqi Jews would recognise themselves or their experiences  in her writings.

"bataween" oversimplifies and distorts Ella Shohat's arguments. Shohat explicitly acknowledges that Jews in Iraq were "terrified by the indiscriminate animosity propagated agains them" -- call it 'anti-Semitism' if you will -- even while she firmly places their diasporization within "historically new colliding movements" (Arab Nationalism, Zionism, colonialism, monarchism, and communism). She is also careful to note that "none of the terms" -- exodus, expulsion, immigration, emigration, exile, refugees, etc.--for the Jews who left Iraq and other Arab countries "are adequate," exploring the complexity of the situations that led them to leave. Shohat's nuanced arguments invite us to step outside stultifying nationalist boundaries, allowing us to celebrate "porous identities and multiple belongings," including, of course, that of the Arab Jew or Jewish Arab, most certainly not an "antonym" as bataween would have it.

I have not read Shohat's writings but if what I read here is true, then Shohat is obviously out of touch with what happened to us as Jews in Iraq. The hatred and discrimination that Jews faced was incredible. More than 100,000 Jews did not leave all their belongings and life behind for their pleasure.

If Shohat is truly interested in the truth then she should speak to some of the Iraqis who had to leave to safeguard their survival. I am sure she has a lot to learn about the reality suffering of Jews in Arab countries.

Who is responsible for this 'animosity' Joyce? I don't accept that it was a product of 'colliding movements'. Did it just happen out of the ether? The 'animosity was sanctioned by the state - there was a slew of discriminatory laws, extortion and criminalisation against a backdrop of violence and the threat of violence. How was communism responsible when communists were themselves persecuted in Iraq. How is 'monarchism' responsible? How do you explain that the republic of Iraq put the remnant Jews through the worst period of persecution from 1967 - 71. Even the most Arabised of Jews were forced to leave. The 'Arab Jew' antonym does not explain anything. It is irrelevant.

Charles, Ella Shohat thinks she knows what happened to Jews in Iraq because her parents were Iraqi Jews and she speaks Arabic. But she never lived in Iraq and she is not a political scientist, but a culture studies scholar.