How one Iranian Jew survived the Shoah in Europe

Menashe Ezrapour was one of a few Iranian Jews in Nazi-occupied France during WW2. He had been studying there and survived internment. (Some 2,000 MENA Jews are thought to have been deported to death camps in continental Europe.)  Karmel Melamed tells Ezrapour's story of miraculous escape  in this 2006 Jerusalem Post article: 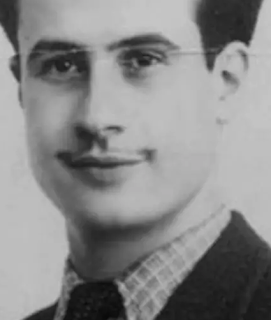 Menashe Ezrapour: miraculous escape
He said he stayed in the Grenoble home of a Christian woman for two weeks and used false identification papers to get around. He was ultimately arrested after the woman was tricked by a police officer into revealing his whereabouts.
After 45 days in jail, Ezrapour said he was convicted of using false papers and sentenced to serve 40 more days in the Shapoli work camp. From Shapoli, he and other Jewish prisoners were taken to the infamous Gurs concentration camp, 80 kilometers from the Spanish border.
According to the Encyclopedia of the Holocaust, Gurs was the first and one of the largest concentration camps in France, with approximately 60,000 prisoners held there from 1939 to 1945. According to the 1993 book, Gurs: An Internment Camp in France, the internees included approximately 23,000 Spanish Republican soldiers who had fled Franco's Spain in 1939, 7,000 International Brigade volunteers, 120 French resistance members and more than 21,000 Jews from all over Europe.
Ezrapour said that  living conditions there were unbearable, with too many people crowded together into small barracks and very little food. "Every day, the only food available was one bowl of watered-down turnip soup and 75 grams of bread, which is the size of a teaspoon," he said. Gurs held thousands of Jews prior to their final deportation to the death camps of Auschwitz-Birkenau and Sobibor.
However, more than 1,000 detainees died of hunger, typhoid fever, dysentery and extreme cold.
After a month at Gurs, Ezrapour said he and 40 other prisoners were sent to a work camp near Marseilles called Meyreuil, instead of being deported to Auschwitz with thousands of other Jews. "After two days there, an officer issuing identification cards asked me if I was Jewish, and I told him I was not, and he luckily did not identify me as a Jew," Ezrapour said.
"This was an incredible miracle, because later in 1944, two Gestapo officers came to the camp and saw my Jewish name on the list and asked for me. The camp commandant told them I was an Iranian-Iraqi, and they didn't ask for me any further."
Ezrapour said he was subsequently sent to labor long hours in the coal mines near Meyreuil. He also worked as an electrician. In August 1944, he said, Meyreuil was liberated by American forces, and he left the camp. He sought refuge with rebels in the Spanish underground living in a nearby border town. For the remainder of the war, Ezrapour returned to Grenoble, where he completed his education in engineering.
He returned to Iran in June 1946 and worked in the spare auto parts business.
Read article in full
Posted by bataween at Thursday, January 28, 2021

Email ThisBlogThis!Share to TwitterShare to FacebookShare to Pinterest
Labels: Holocaust in Arab and Muslim lands, Jews of Iran