Who says that Morocco never persecuted its Jews?

'Morocco has never persecuted the Jews'. This revisionist bombshell was dropped by the Moroccan UN ambassador to his Israeli counterpart at a joint candle-lighting ceremony. Lyn Julius sets the record straight in JNS News. 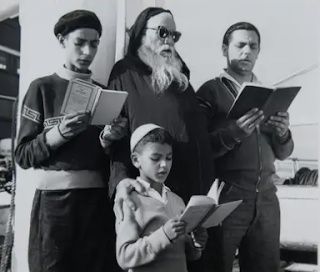 The news that Israel and Morocco are about to 'normalise'  their relations has been met with jubilation in Israel - and in the Moroccan diaspora. The first direct flight has taken off for Rabat from Tel Aviv;  and liaison offices will be opened in both countries,  to be upgraded to embassies in due course.


A wave of nostalgic affection has swept over Jews born in Morocco. 'Morocco has a special place in my heart'  gushes  Casablanca-born columnist David Suissa, who now lives in California.

On the diplomatic front, the UN ambassadors from Morocco and Israel marked the beginning of their new era with a Hanucah candle-lighting ceremony. Then Rabat's ambassador Omar Hilale dropped a bombshell: he said that Morocco had never persecuted its Jews.


As far as we know, Israel's ambassador, not wishing to spoil the love-in, said nothing in response.

Morocco is the first of the four countries which have agreed to a peace deal to have had a substantial Jewish population - its 300,000-member  community was the largest in the Arab world. But this community is now one percent of its previous size. If Morocco was such a hospitable place for its Jews, why did almost all leave?

One can point  to the Oujda and Djerrada riots of 1948, in which 48 Jews died. Spasmodic violence in the 1950s was directed against the wedge group caught between the French colonials and the Muslims - the Jews. One can point to the fact that Morocco forbade her Jews from emigrating for five years, provoking increasingly desperate attempts to flee.

Zionism became a crime and a pretext for imprisonment once Morocco became a member of the Arab League. Jews in mixed areas were frequently harassed and threatened.

Mob violence erupted so frequently that the troubles were hardly worth recording. One Jewish woman asked her neighbours for assurance that  an anti-Jewish riot was not being planned for the date of her daughter's wedding.

Then there was the ever-present threat of abduction  of Jewish girls and forced conversion.


But Moroccan Jews themselves often deny that they left through persecution. The main reason - their loyalty to the king. 'The king loves us,'  David Suissa declares. Jews believe that the wartime sultan saved the Jews from the Nazis and even wore the yellow star.


But historians have debunked this myth.

Deportation was never a realistic possibility. The king may have prevaricated, but he rubber-stamped every single anti-Jewish decree promulgated by the Vichy authorities, the real 'power behind the throne'.

Morocco's record has been  muddied by a decades-long campaign, spearheaded by the king's Jewish royal adviser, André Azoulay, to project an idealised image through the preservation of Jewish heritage, music festivals and other demonstrations of interfaith coexistence.


Historically, the Moroccan monarchy generally  did show benign tolerance towards its  Jewish subjects, who lived in a quarter, or mellah, adjoining the royal palace. An attack on minorities was seen as an attack on the sultan's power.


Dhimmi Jews, routinely subject to restrictions and humiliations,  paid for his protection with hard cash. After the post-Inquisition  influx of Jews from Spain, sultans appointed Jews to be their advisers and imtermediaries with the European powers.


But not all sultans were benevolent. At the end of the 18th century Moulay Lyazid ordered Jews in Oujda who dared to dress like Muslim to have one ear cut off. He  planned to exterminate the Jews of his kingdom and incited  a pogrom against the Jews of Tetuan.


The Jews were left without protection  at times of instablility or in the interregnum between rulers. Take the Fez pogrom of 1033, where 6,000 Jews Jews were reputedly murdered. At other times, fanatical preachers whipped the mob into anti-Jewish frenzy, as happened in Touat in 1492, when the entire Jewish population was massacred.


In contrast, a well-intentioned sultan might have wished to protect his Jews but could be powerless to do so. In 1863  Sir Moses Montefiore persuaded the sultan to  issue an edict granting  equal rights for Jews, but  local governors failed to apply it.


The nineteenth century was replete  with riots against the usual scapegoats  - the Jews - as Morocco became a cauldron of tribal and international conflict.

As a new era dawns between Morocco and Israel, let honesty and transparency prevail. Morocco broke new ground recently, promising to  teach Jewish history and culture in schools.  Let's hope that the children are not taught that Morocco never persecuted its Jews.

Posted by bataween at Wednesday, December 23, 2020