What are Morocco's motives for  'normalising' its relationship with Israel? It has more to do projecting a 'well-respected non-Zionist Judaism, coinciding with political strategy'.  This Haaretz article by Jonathan Shamir contains interesting insights, especially from the Israeli specialist on Morocco, Orit Ouaknine-Yekutieli. 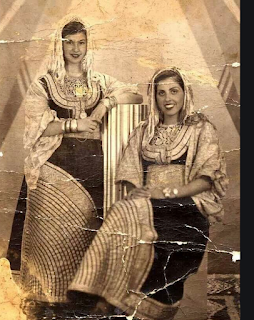 Saaid Amzazi, the Moroccan education minister, drew on the constitution in his interview with Med Radio on the historic decision. “Judaism and Jewish Moroccan history is enshrined in our constitution, and it needs to be part of the curriculum. We want to include students in all the constitutional reforms and changes happening in their country,” he said.
“It is time. We’ve turned our back on this chapter for years. We started with Amazigh culture and history, and now we’ve moved to the other components of Moroccan history,” he added, using another name for Berber culture.
Orit Ouaknine-Yekutieli, a specialist on Morocco at the Middle East Studies Department at Ben-Gurion University, says this was a long time coming. She also notes that in the Mimouna Association’s lobbying, interfaith matters are very much a “top-down initiative” interlaced with “bottom-up” feelings, and that “very senior figures are involved.”
She also connects some of the NGO’s Jewish patrons to the syllabus decision, including the late Simon Levy ( (Abdou)Ladino*, who is Muslim, uttered the Hebrew honorific for the dead, zichrono livrocho, when mentioning Levy’s name). Ouaknine-Yekutieli also notes the king’s senior adviser, André Azoulay, as another person who has pushed for such projects for nearly two decades. It’s little surprise, then, that Amzazi, the education minister, said “he faced no obstacles” to the initiative, while Ladino says “there was no pushback” from ordinary Moroccans. Sure enough, these ideas have been pushed by grassroots groups.
The Mimouna Association, with the help of Moroccan historians and the U.S. Holocaust Memorial Museum in Washington, designed an Arabic-language syllabus on the Holocaust in 2017, which was taken on by several public and private institutions. Meanwhile, in recent years, many conferences have been held in Morocco discussing Jewish and Hebrew culture, while in 2013, the participants at a symposium in Fes had already called for Hebrew studies to be taught at universities. At private universities, with independent and international research centers, it’s easier to discuss these subjects.
‘Well respected, non-Zionist Judaism’ Although Morocco’s diverse culture has become a key part of national identity, spikes of activity related to multiculturalism as policy and discourse “often coincide with political strategy,” Ouaknine-Yekutieli said.
In post-independence Morocco, the nation-building process allowed little space to express religious identities. But this soon subsided. She traces Morocco’s pluralistic self-image to King Hassan II’s fanciful call for Moroccan Jews to return to the country following the failed coup d’états of the ‘70s; Hassan was king from 1961 to 1999. This rhetoric “invoked an imagined idealized past and created legitimacy for the kingdom,” Ouaknine-Yekutieli said.
After a series of terror attacks in Morocco post-9/11, including the Casablanca attack in 2003 aimed at Jewish targets, “Multiculturalism was also seen as part of the fight against phenomena of Islamic extremism, which threatened the regime,” she said.
A further example is Morocco’s 2011 constitution, which arose as a palliative amid the simmering demands of the Arab Spring. The clauses ensured the co-opting of moderate minorities and projected an image of tolerance and progress. What lies behind the latest efforts, however, is unclear given the opacity of the Moroccan royal court.
The proclivity to connect recent trends to Israel’s normalization agreements with Arab countries is tempting but remains speculative: The rift between Rabat and Tehran over Iran’s support for the separatist Polisario Front and its recognition of the Sahrawi Arab Democratic Republic is another factor that could bring Morocco and Israel closer together. The website Axios, meanwhile, has reported that Israel has pushed the Trump administration to recognize Moroccan sovereignty over Western Sahara.
Western Sahara was occupied by Spain until 1976. Morocco then claimed most of the territory but faced guerrilla resistance from the local population. The United Nations maintains that the Sahrawi people have a legitimate right to self-determination, but the status of the desert region remains under dispute. Still, even the Mimouna Association’s Facebook page posted #SAHARA_IS_MOROCCAN last month. The picture was embellished with many languages, and included “thanks” in Hebrew.
Among the precursors to Israel’s deals with the United Arab Emirates and Bahrain were the proliferating interfaith initiatives in the Gulf. While these shifts could have the unintended effect of helping Moroccans accept normalization with the country where most of its Jews ended up, Ouaknine-Yekutieli says most of the intelligentsia and common people still criticize Zionism. She points to a conclusion of her academic paper.
The resurgent interest, she wrote, is “not a tribute to Zionism but an example for the existence of an alternative, well respected, non-Zionist Judaism.” However, for the time being, Morocco is normalizing something else: a respect for diversity and difference that draws on the country’s often tangled history. Like all national histories, this self-image and the syllabus add a certain gloss.
When asked about the 1912 pillaging of Fes’ Jewish quarter by Moroccan soldiers, killing over 50 Jews, or about anti-Jewish riots in 1948 in Oujda and Jerada, killing 43 Jews and one Frenchman, Ladino doesn’t hold back. “We cannot deny the fact that there were dark chapters in the history of Moroccan Jews,” he said, adding that many discussions have taken place at his Mimouna Association. “But it’s good to emphasize multiculturalism as a model for how we want to society to look today and in the future.”
Read article in full
Morocco-Israel peace deal is a triumph for Andre Azoulay
*from his name, Ladino is likely to be descended from Jews who converted toIslam - ed
Posted by bataween at Wednesday, December 16, 2020