Jewish doctors made a massive contribution to Iraq in the 20th century. But it took  Kobi Arami, who documents the history of the Iraqi-Jewish community, two years to get the medical establishment to recognise their role, especially that of Dr Jack Abboudi Shabi, the father of Iraqi psychiatry. Here Kobi Arami spotlights  the life and works of Dr David Gabbay, whose exemplary treatment of his patients did not protect him from persecution.
Dr David Gabbay  was the most famous doctor in Kut al-Amara. He came with his father who was also a doctor, to settle in the city. Gabbay was born in Baghdad in 1915 to an Iraqi-Jewish  family. The Jews played a big role in raising the educational and cultural level in the city,  building the first elementary Alliance School in 1910 to teach  people of the city of all sects and nationalities.
David Gabbay graduated from the Iraqi Medical College in 1936. He worked in the field of general medicine and paediatrics, and was considered by the people of the city to be the specialist in all fields. He  was widely known and respected, treating the  elderly, children and women. He  practised in Tikrit and Fallujah and opened his own clinic near the shrine of the prophet Ezra at Uzair . He treated  poor and helpless patients for free and paid for  their medicine  out of his own pocket. Hs clinic was crowded with villagers from the outskirts of the city. They even visited him at night. 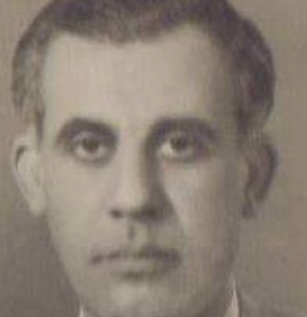 Dr David Gabbay: treated the poor for free
Al-Kut al Amara was diverse in nationalities, religions, and doctrines. It became a center for all nationalities and religions. There were Mandaeans, Jews and Muslims of all types, Armenians,  Kurds and Arabs. A cemetery  housing the remains of British and Indian soldiers is located in the garden of Beit Jani  and dates back to 1914 when the British forces entered the city.
One day Dr. Gabbay was sitting in a popular cafe in the city of Amara. He noticed a blind child accompanied  by her father who asked Dr Gabbay to operate on her for free.  He successfully conducted the operation and restored the child's sight. This work, which he did at no charge, elevated Dr. Gabbay's reputation in the city of Amara.
While working in his clinic, Gabbay was attacked by some weak and sick souls.  In 1962, they smashed his table, broke his instruments and asked him to leave the city immediately.
But when General al-Qassem, the leader of the revolution of July 1958, heard of this incident,  he asked the Governor of Kut-al Amara to protect Gabbay from the authorities' hostility and the law revoking the Jews' Iraqi citizenship in 1950.  For the sake of the Jewish community, Gabbay refused to emigrate to Israel owing to his love and attachment to his country and  the people of Amara,  his moral obligation not to leave his patients, and his love for his profession and his country. But the virus of hatred  had become a disease difficult to eradicate in the country as a whole.
In 1962, Dr. Gabbay's  house was searched by the Criminal Investigations Department, under the pretext of his spying for Israel. A large  sum (of twenty thousand dinars) was confiscated. He was arrested and then released. General al-Qassem,   the country leader, visited him and ordered the money to be returned to him.  He was exonerated of the spying charges.
In 1964, David Gabbay moved to Baghdad and opened his clinic in the Al-Bataween quarter.  His new home became his professional  headquarters. The  journalist and writer Mazen Latif in his article says that the door to Dr. Gabbay's clinic was left smilingly open. When he left for Baghdad, the people of Amara gave him a fantastic send-off. Women daubed the doors of his clinic in henna, as they normally do on the gates of the shrines of righteous elders and imams.
In 1968, after the Ba'ath revolution, harassment and arrests of the Jewish community began. The authorities directed Dr David Gabbay to suspend his services in the Ministry of Health under the pretext  that he had prescribed cortisone to his patients. For this reason, Gabbay was arrested and jailed in the 'Palace of the End' (Kasser al-Naya)  without trial until 1969. He was tortured and deprived of food and water for several days until he had to drink his urine out of severe thirst, after which he was released. After the tragedies suffered by the Jewish community he decided to flee Iraq via Iran on foot and then leave for London.There he continued to serve the Iraqi community's medical needs until his death in 2003.
Posted by bataween at Sunday, December 06, 2020