JIMENA has won its campaign to revise the California State board's ethnic studies curriculum  to include a lesson on Middle Eastern Jews. 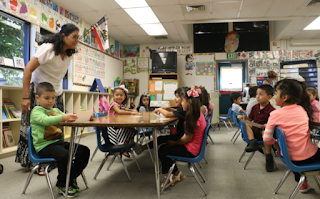 California's model school curriculum will be revised to contain a lesson on Middle Eastern Jews.
The decision was made by the California State Board of Education’s Instructional Quality Commission (IQC) at its November 19th meeting.
The revision represents a victory for the California-based advocacy group JIMENA, which has been lobbying hard for Middle Eastern Jews to be included.
Some 10,000 people called on the school board to incorporate its lesson plan, “Antisemitism and Jewish Middle Eastern-Americans."
That lesson adds Jewish Americans from the Middle East, a large and vital part of California’s diverse ethnic composition, to the State’s new Ethnic Studies framework.
JIMENA released the following statement: "JIMENA strongly supports the revisions made to the Ethnic Studies Model Curriculum (ESMC) recommendations the California State Board of Education’s Instructional Quality Commission (IQC) approved at its November 19th meeting. Now the IQC will be handing the State Board of Education an Ethnic Studies Model Curriculum draft that is balanced and inclusive, as legislators intended when passing AB 2016, the groundbreaking legislation that spurred the creation of the Ethnic Studies Model Curriculum."
At least 60 percent of California’s diverse MENA population were in danger of being excluded from the curriculum.
“We are so deeply grateful that the lived experiences of so many minorities, including American Jews from the Middle East, are one very important step closer to being taught in California’s classrooms,” JIMENA Executive Director Sarah Levin said.
She hoped the revised curriculum would help combat antisemitism. Jews comprise just two percent of the population but are the target of 60 percent of religious-based hate crimes, according to 2019 FBI statistics.
School culture wars rage in California
More about the California schools curriculum