The casting of Israeli actress Gal Gadot in the role of Cleopatra in a forthcoming biopic has caused a furore. An array of actresses has been suggested in her place. What do they have in common? None of them can be Jews, not even Egyptian Jews, writes Seth Frantzman in the Jerusalem Post. It's a new Inquisition. 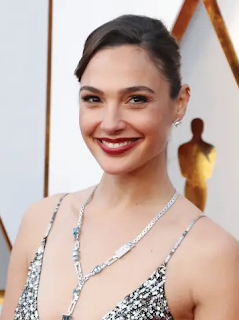 Even The National in the UAE critiqued the choice of Gadot. In an article about five actresses of Arab descent who could play Cleopatra, the author notes that she was actually of “Macedonia-Greek heritage.” The author notes “it also raises the theoretical question: If Gadot wasn’t in the frame, does the Arab world have stars of its own with sufficient stature to be considered for such an ambitious project?”
The article admits that since Cleopatra was of Greek background “the casting call could have been spread far and wide.” So why does “far and wide” never include any Jews? How about Jews from Ethiopia, from Egypt, Iraq, Kurdistan, Yemen, Morocco, Libya or Syria?
There are millions of Jews whose ancestors were from the Middle East just one or two generations ago and who live in Israel. Why are they neglected? The message is: No Jews allowed, not those from the Middle East recently, nor those from the Middle East 1,500 years ago, nor those from southern Europe.
Jews, alone among the world’s peoples, are basically the only people who are told they can’t play Cleopatra. Arabs? Yes. Greeks? Yes. Jews? No. Not any Jews. Not Greek Jews. Not Egyptian Jews.
Jews lived in Egypt long before the Arab invasion of Egypt. Nevertheless, they still can’t be considered. Jews lived in southern Europe, like some of my ancestors who lived in Odessa and would have known and even intermarried with Greeks. But still, they can’t be considered.
They can only be considered for the role of Cleopatra if they convert to Christianity or Islam. That is the message. An Egyptian Jewish family that converted to Islam would be considered for the role. A Greek Jewish family that converted to Christianity would also be allowed to have the role. But not Jews who remain Jews.
What does that remind us of? The Inquisition. The new Inquisition is apparently to always police the Jews. Jews are “white” when white means “privileged.” They are non-white when non-white means being sent to gas chambers. Wherever Jews are, except in Israel, they are policed for how they look, and they are always told to be the “wrong” look. Not Arab enough to be a Greek Egyptian queen from two thousand years ago. But also not Greek enough to be an Egyptian queen and also not Egyptian enough, even if their ancestors have been in Egypt 2,000 years.
Read article in full
Gal Gadot is Middle Eastern: she is not whitewashing anything (Dani Behan - Times of Israel)
Posted by bataween at Tuesday, October 13, 2020

First, I'm glad this article has pointed out that being Egyptian DOES NOT mean being Arab. Second, people don't seem to understand how the casting process works in Hollywood. (I live near Hollywood and I'm involved in the industry.) The term "far and wide" does not mean "no Jews allowed". That's not the way Hollywood works. If a big star fits a role, that person gets it regardless of his or her background. If they can't find anyone in Hollywood, THEN they do a search "far and wide".