As fast as the UAE and Bahrain are 'normalising' relations with Israel, Egypt seems to be going backwards.  A recent Supreme Court ruling bans Jewish pilgrims  from holding a January festival at the mausoleum of Rabbi Yacoub Abu Hatseira, who died at Damanhour in Egypt on his way to Eretz Israel. Egypt's commitment to respect Jewish sites sounds hollow as it removes the mausoleum from a protected list of Coptic and Islamic antiquities, a decision condemned by Magda Haroun, the  Cairo 'community''s leader. To compound the problem, Egypt has refused Israel's request to have the Rabbi's remains transferred to Jerusalem on the 'grounds that it is 'an occupied land'.  Report in Egypt Today (With thanks: Boruch): 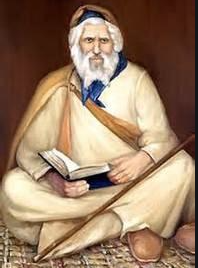 Rabbi Abu Hatseira
Egypt’s Supreme Administrative Court on Saturday upheld a ruling issued by the Administrative Court back in December 2014 suspending annual celebrations dedicated to 19th century Jewish Rabbi Yacoub Abu Hasira in the Beheira governorate. The Supreme Administrative Court considered the appeal on its first ruling.
The festival, previously scheduled for January 9-10, was held on the annual anniversary of Hasira’s death, who was born in Egypt and traveled to Morocco according to Jewish folklore ( Rabbi Abu Hatseira was born in Morocco and was passing through Egypt on his way to the HolyLand - ed). Alexandria’s Administrative Court issued the case’s first ruling to permanently cancel the annual celebrations, as it contravenes public morals and violates the sanctity of religious rituals.
Israel had also submitted a request to UNESCO back in 2014 to transfer the mausoleum to Jerusalem. The court said that as Jerusalem is an occupied land Israel has no sovereignty to further impose its culture. It also refused to transfer the shrine on the grounds that Islam respects religious laws and therefore rejects exhuming graves.
In its case papers, the court added that Hasira’s annual celebration included practices such as alcohol consumption which are contrary to Islamic morals. The court ruled that the mausoleum is an ordinary grave which holds no archaeological characteristics, and should not be included among Islamic and Coptic antiquities as Hasira was neither Christian or Muslim. 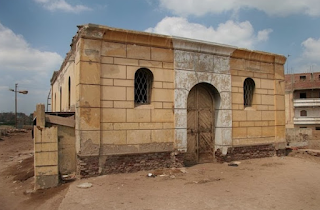 The mausoleum
The Ministry of Antiquities had previously issued a decision in 2001 to consider the Abu Hasira mausoleum, the Jewish cemeteries around it, and the hill on which it is built, among Islamic and Coptic monuments. The court said that this decision was a grave historical error impacting Egyptian heritage.
The upheld ruling also requires the Antiquities Minister to inform the intergovernmental committee of UNESCO’s World Heritage Committee to remove this mausoleum from its records of Islamic and Coptic antiquities. This comes in implementation of international convention protecting cultural and natural heritage, alongside upholding Egypt’s sovereignty as this is where the mausoleum is located.
The court’s ruling had been met with criticism back in 2014, such as from the head of the Jewish Community in Egypt Magda Haroun.
Read article in full
Egyptian court issues antisemitic ruling in the name of Islamic tolerance (Elder of Ziyon)
More about the tomb of Abu Hatseira
Egypt gives the cold shoulder to its citizens in Israel
Posted by bataween at Friday, October 02, 2020