'Tehran' is latest Mossad drama to wow the Middle East

Tehran, launched on Apple TV in the US this week, is the latest of Israel's popular spy dramas to hit TV screens  across the world. It has already been bootlegged and illegally streamed across the Middle East - including Iran. The show features a Mossad hacker smuggled in to Iran to help blow up a nuclear site. Report in the Financial Times: 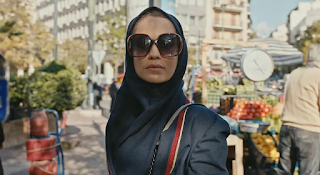 Embarrassing failures are far outweighed by the successes, including, most recently, the spiriting out of an abandoned Tehran warehouse of the entire nuclear archives of the Islamic Republic, proudly displayed on TV by Prime Minister Benjamin Netanyahu in April 2018.

The realism helps too, said Sima Shine, who kept an eye on Iran for most of her career at Mossad and the National Security Council, and watched Tehran closely when it aired in Israel.

“It’s good that they give a lot of credit to the security apparatus [in Iran], and they don’t show them as stupid — instead they show them as operating quite well,” she said. “We see the demonstrations by students, and the counter demonstrations, and the hidden parties of young people — we know that all these things are happening in Iran.”

The Iranians were equally fascinated by the drama and perturbed by inaccuracies, said Holly Dagres, an Iranian-American non-resident fellow at the Atlantic Council, the Washington-based think-tank. “This is the first time a wide Israeli audience got a glimpse of their enemy, Iran, beyond the news cycle.

This is also the first time Iranians got to see what Israelis, to an extent, think of them,” she said. The timing helped too. “The unusual explosions must’ve added more interest in the series for both audiences as it unintentionally served as publicity for Tehran because the plot is about Israel taking out nuclear facilities.”