This blog has been following the shocking murder case of Sarah Halimi, and the failure of the French judicial system to bring  her killer to justice. In a hard-hitting piece in Republic Underground,  Irina Tsukerman condemns the French judicial system, and the lack of engagement from Jewish organisations. Those who have subscribed to Black Lives Matter ought to be concerned by injustice everywhere, she writes. 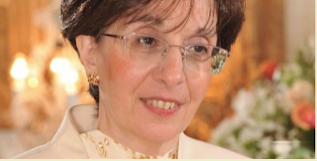 Sarah Halimi: miscarriage of justice
The Paris Public Prosecutor M. Molins, who declared Traore “not criminally responsible” for his actions, and refused to bring hate crime or terrorism charges against him after refusing initially to admit any Jew hatred was involved, is now a magistrate with the Court of Cassation. This makes him both a party and a judge to the case he previously prosecuted, which is not in line with the interests of justice.
The Shameful and Embarrassing Silence of the Jewish Organizations: President Macron, in his meeting with Prime Minister Netanyahu in Israel, disagreed with the verdict and opined that the perpetrator should be brought to justice.However, the court attacked President Macron, alleging political interference with the judiciary independence. Meanwhile, the allegedly influential Jewish organizations in France and outside of it remained strangely silent with respect to these shocking developments.
Le CRIF, a well known Jewish coalition in France, opted not to intervene in the process, possibly due to the political conflicts of interests. The American Jewish Committee, which boasts proudly of its strong presence in France, has taken no visible action to engage with the court over this situation, nor to apply its vast resources to exert pressure and to bring international attention to both the heinous crime and the clear miscarriage of justice. Instead, it prioritized the opening of the offices in the UAE, which may not do much for combating international anti-Semitism, but at least will bring sufficient attention and glory to the organization, which otherwise had nothing to do with the Israel-UAE peace process and only issued a lukewarm statement when the news of normalization broke.
The World Jewish Congress has taken the situation further, in an apparent effort to cover up the inconvenient implications of the treatment of this crime for its prestigious relationship and standing in France. Ronald Lauder, WJC chairman, commissioned Ray Kelly, the longest-serving Commissioner in the New York Police Department, to produce a report concerning the rise of anti-Semitism in Europe.Fearing that the shocking results of this inquiry might be denied or suppressed, some party leaked the portions of report which ultimately held that France is the most anti-Semitic country in Europe.
Lauder proceeded to disavow the unauthorized leaks from his own report. The lack of involvement by these major French and international Jewish organizations raises questions about the utility of these self-appointed spokespeople and “State Departments of the Jews”, and their ultimate agendas. It seems that their dedication to access, popularity, and funding resulting from glamorous photo-ops far outweighs the inconvenience of dedicating resources to their state missions, much less risking all of the above-described boons of toeing just the right line in all the right places.
The Need for an Immediate Media Campaign and Coverage for an Upcoming Rally: Having despaired of securing the backing of major Jewish organizations and human rights NGOs (which are far too busy accusing Israel of facilitating human rights abuses), the local Moroccan Jewish community, along with its Muslim allies, such as the Moroccan Americans in New York (MANY), have come together to stage a major rally seeking to bring attention to the events.
Reportedly, the rally organizers aim to bring together as many as 20,000 people on September 13. They have also created a group or supporters in the US on social media.This tragic chain of events, made so much worse by the silence of the supposed friends, has alread drawn the attention of the American Sephardi Federation in New York and Combat Anti-Semitism Movement.
However, much more needs to be done. The organizers believe that unless the American media starts speaking out on the issue, there is no incentive for the French organizations and media to cover the case properly. Only a major media and social media campaign of support and pressure on the judiciary to hold the perpetrator accountable and to acknowledge and fight Jew hatred and other forms of bigotry in all their manifestations can bring a sliver of hope to this already unacceptable situation, where willful blindness and fear of confrontation with the extremist elements of French society is leading the way to alienating, marginalizing, discriminating, and dehumanizing the Jewish community, in effect treating them as if they are not French citizens, deserving of equal protection under the law.
Therefore, urgent additional coverage and involvement in this case should be the first priority for media and communities of all backgrounds who stand together against injustice, bigotry, hate, and extremism.Those who have subscribed to the Black Lives Matter cause should be equally concerned by the very obvious injustice in this case in France and should recall the immortal words of Martin Luther King Jr" "Injustice anywhere is a threat to justice everywhere. We are caught in an inescapable network of mutuality, tied in a single garment of destiny. Whatever affects one directly, affects all indirectly.
Read article in full
Posted by bataween at Thursday, September 10, 2020