Following the historic announcement of a peace deal between Israel and Bahrain, The Jewish Agency (Sochnut) is to work with Bahrain's 34 Jews to enhance Jewish identity and cultivate community life, Israel National News reports.

Two weeks ago, Herzog concluded a similar agreement with the UAE's Jewish community.

The Bahraini Jewish community is small, totaling 50 Jews. Most of its members arrived in Bahrain from Iraq decades ago, and earn their living working in commerce and services industries. 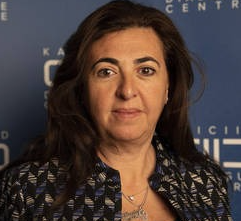 Huda Nonoo, former Bahraini ambassador to the US

Nonoo's cousin  is a well-known diplomat in the Foreign Service of Bahrain, who has served for several years as the Ambassador of Bahrain to the United States.

Following this conversation, a Jewish Agency team will be established in the coming days, headed by the organization's CEO, Amira Ahronoviz, who will be working with the head of the Bahraini Jewish community and members.