Following the announcement of an imminent peace deal with the UAE, Israel may 'normalise' ties with Bahrain 'within  a month', according to this report in The New Arab. This would be welcome news to Bahrain's 30-odd Jews.

"Mossad is carrying out "intense and very close communications" with officials with the move to normalise ties by the end of this month, a report said on Sunday.

Mossad chief Yossi Cohen held talks with the Bahrain Prime Minister Khalifa bin Salman al-Khalifa three weeks ago, according to a report by Israeli Channel 12. The channel's military correspondent, Nir Dafouri, hinted that Israel may entice the Bahrainis with arms deals in exchange for normalisation. 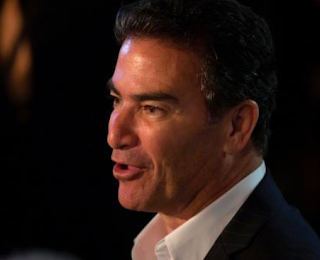 Israeli sources suggested that normalisation with Bahrain would be announced shortly after Israel and the UAE signed the formal declaration of their alliance in Washington, scheduled to take place next week. They said normalisation may happen as soon as the end of September.

The channel reported that US officials are also mediating between Israel and Bahrain, noting that the senior advisor to the US president and son-in-law, Jared Kushner, met with the Bahraini king and his crown prince last week. Bahrain allowed Israeli flights to-and-from the UAE to use its airspace, one day after Saudi Arabia approved a similar Emirati request.

In Manama, the Bahraini King Hamad bin Isa Al-Khalifa assured the US Secretary of State, Mike Pompeo, of his country's commitment to the 2002 Arab Peace Initiative, which demands the establishment of a Palestinian state in exchange for normalising relations with Israel.

Read article in full
Posted by bataween at Tuesday, September 08, 2020

Brethern Go Up to Israel....