'Expulsion of Jews from Arab countries was a disastrous mistake'

The Abraham Accords have spurred  Dubai writer Salam Hamid to call a spade a spade: the Arabs made a disastrous mistake when they expelled their Jews. Their hatred predated the establishment of Israel, he writes.These Jews might even have aided the Arab regimes against Israel, he claims. But vast sums extorted  from Jews did aid Iraq's war effort, and assets seized from Syrian Jews, it is said, financed the 1967 war. Transcript at MEMRI (With thanks: Danny, Lily): 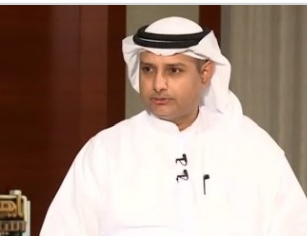 Salam Hamid: the Arab world's problem is hatred of Jews
"Over time, [this expulsion] had disastrous repercussions, when [it turned out that] the Arabs had lost an elite population with significant wealth, property, influence, knowledge, and culture. Soon enough, the Arabs waged pointless wars against Israel, until they were defeated [in June 1967] with heavy losses. Nevertheless, the mentality of the Arab leadership persisted, as they spun conspiracy theories to their defeated peoples and sought scapegoats in order to justify their repeated defeats at the hand of Israel.
"If you ever visit Israel, you will see citizens of diverse colors, just like in the U.S. They arrived as immigrants from across the globe, of various races, and almost half of them are from Arab countries. Any intelligent person is aware that Jews had lived in Arab countries for 2,000 years before being arbitrarily expelled – yet here they are now, making up half of Israel's citizens. "Just a look at the number of Jews remaining in their Arab countries elucidates the difference between the past and the present. In the past, there were hundreds of thousands of Jewish citizens in Iraq, Egypt, Yemen, Syria, and the Maghreb, while today only dozens remain.
Meanwhile, the Palestinians make up the largest group of asylum-seekers in the world. Some 700,000 of them left their lands after the 1948 war – not just because of the war, but because of several Arab leaders who asked them to leave the Jewish areas so that they could return after the fledgling Jewish state was destroyed. It is worth noting that in his memoir, Syria's then-prime minister Khalid Al-'Azm acknowledged the role played by the Arabs in convincing the Palestinians to leave – a mistake whose severity the Arabs failed to grasp, which created the Palestinian refugee crisis, and which prompted the founding of UNRWA [United Nations Relief and Works for Palestine Refugees in the Near East] in 1949...
"Our problem in the Arab world is our mindset and our hatred of the Jews. We have failed to learn the lesson of history, when other nations before us expelled their Jewish citizens. When Spain expelled its Jews in 1492, the country and its colonies were deprived of a group of people known for their talents in economics, finance and moneylending. As for Germany, it would have preceded the U.S. in creating the atomic bomb had Hitler not expelled [the bomb's] Jewish inventors, such as Albert Einstein and Edward Teller.
Had the Arabs given even a passing glance to the contribution made by the Jews, especially in the financial sector, during the Umayyad and Abbasid eras, they would have learned their lesson, and not made the mistake of expelling Arab Jews, who might [even] have aided the Arab regimes against Israel.
"This hatred for the Jews did not begin with the establishment of the State of Israel. It is an ideology that is still disseminated in the books that teach our heritage, which reflect the personal fatwas of bygone eras, and were suited to those times which lacked the openness of today. This hatred will therefore continue to exist, so long as our heritage [text]books continue to incite hatred against the Jews, as early as elementary school.
Read article in full
Outspoken pro-Israel politician Mithal Al-Alusi supports giving Iraqi citizenship for 700,000 Israelis of Iraqi descent (MEMRI: With thanks Lily)
Posted by bataween at Tuesday, September 22, 2020