Egypt gives the cold shoulder to its citizens in Israel

As Jews exult in the promise of warm relations between Gulf States and Israel, Israel's peace with the Egyptian people remains in the deep freeze. Some 6,000 non-Jewish Egyptians live in Israel, but they are treated as would-be spies and traitors. The discrimination they receive from the Egyptian authorities  is eerily reminiscent of the treatment meted out historically to Jews living in Egypt - and indeed in Arab countries generally. Edy Cohen writes in BESA Center News: 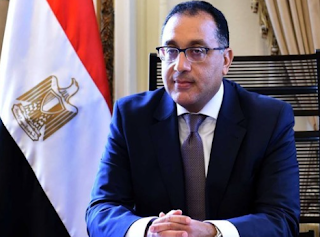 Egyptian Prime Minister Mostafa Madbouli: revoked citizenship of three Egyptians
Thankfully, there is no open military hostility between Egypt and Israel these days, and there are some economic and diplomatic relations.
Egypt also helps mediate between Israel and Hamas. According to several media sources, Israel is helping Egypt to eliminate ISIS in Sinai. That would testify to political security coordination existing between the two countries.
However, there is still no cultural relationship between the two countries, nor freedom of movement. On the contrary: there is discrimination and punishment for anyone who tries to normalize relations, and it does not come from the Israeli side.
Egyptian PM Mustafa Madbouli, who is in charge of the Citizenship Law, recently revoked the citizenship of three Egyptians who live in Israel. Their only crime was having received Israeli citizenship.
The official reason given for the revocation of their Egyptian citizenship was that they had not sought prior approval, but there is no such requirement for Egyptians seeking to attain dual citizenship with any other country.
The more likely reason is found in the Egyptian Citizenship Law, which stipulates in Section 16, Subsection 10 that Egyptian citizenship may be revoked if the person has been identified with Zionism.
Most Egyptian citizens who receive Israeli citizenship are not Zionists. Many are married to Israeli Arabs and live a normal life in Israel. They do not work for the Israeli security services or the civil service. The revocation of their Egyptian citizenship is simply punishment for their living a normalized life with Israel.
The Egyptian model for Israeli-Egyptian relations is a cold peace between governments and no peace at all between the peoples. Every Egyptian who wishes to visit Israel as a tourist must first contact Egyptian intelligence for permission. He will then be humiliated, warned, and — if he made the mistake of contacting the Israeli embassy beforehand — possibly even jailed on suspicion of espionage.
There is a phobia among Egyptians when it comes to relations with Israel. It is not acceptable to have cultural connections, tourist visits, or any form of relationship with Israelis. The only Egyptian allowed to be in contact with Israel is President Sisi.
Four years ago, Egyptian MP Tawfiq Akasha visited the home of the Israeli ambassador to Egypt. Following the visit he was attacked in an unprecedented commotion. He was even physically assaulted in parliament.
As for Egyptians living in Israel, they are reluctant to return home to visit family because of the harassment they will inevitably receive from the Egyptian authorities. They would also be subjected to long delays when they tried to return to Israel. In conversations I had with Egyptian citizens, I learned that they need a special permit to return to Israel, even though they live there.
The special permit is often delayed for many months, which is a serious problem for Egyptian citizens who have jobs, businesses, or studies to return to back in Israel. They also have to put up with daily interrogations throughout the time they are in Egypt.
All this harassment stems from the government’s fear that the citizen in question might be an agent of the Mossad. The Cairo government has a deep fear that Egyptians might spy for Israel. The recent book The Angel documents the story of the number one Egyptian spy, Ashraf Marwan (it has been made into a Netflix movie). He was no less than the son-in-law of Egyptian president Gamal Abdel Nasser. The Egyptians deny to this day that Marwan was a spy.
Over 6,000 Egyptians live in Israel. Most are married to Israeli Arabs and work in Israel. Most have legal visas, pursue business or studies, and have children or grandchildren. However, they do not live normal lives. They live in distress, as they are effectively barred from their home country.
Read article in full
Posted by bataween at Sunday, September 20, 2020

off topic//
Ahmed ben Bella gave an interview about ten years to a Swiss partisan of the Arab nationalist cause, Sylvia Cottori. In it he and Cottori fulminate against Israel while he says that Jews and Arabs are cousins who lived alongside Arabs in Arab countries in perfect harmony. Hence Ben Bella feels betrayed by these cousins who lived side by side harmoniously with Arabs for so long only to turn and support Israel against "palestine."

I am sure that you, Bataween, or one of your other readers could do a good job at debunking Ben Bella and Cottori's drivel. Here is the link:
https://www.voltairenet.org/article138102.html

Thanks Eliyahu, I note he says everyone speaks Aramaic, which is a bit strange. We hear this myth quite a lot, I would 'fisk' it if time permits.