It took the trauma of losing their relative, 30-year-old Ebrahim Berookhim - shot in Evin prison 40 years ago - for Karmel Melamed's family to appreciate  the utter ruthlessness and cynicism of the Ayatollahs ruling Iran: they understood that Jews needed to get out  of the country fast. Melamed tells Berookhim's tragic story in the Times of Israel: 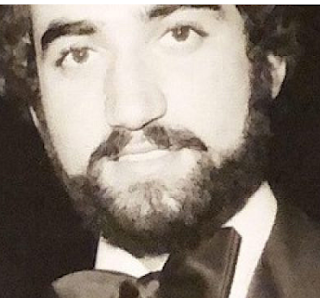 Ebrahim Berookhim, shot in the heart in Evin prison 40 years ago


My own family and thousands of Jews in Iran did not realize the serious threat of the new Khomeini regime to our lives until our relative, Ebrahim Berookhim, a 30-year-old Jewish businessman with no ties to the Shah’s government, was suddenly executed for no reason by the Ayatollah’s thugs on July 31, 1980.

After his execution, our lives in Iran were devastated and we promptly fled the country leaving behind everything we owned.

Forty years after Berookhim’s death, my father is still traumatized by the events that he undertook to retrieve his friend and relative’s body and provide him with a kosher burial.

I share Berookhim’s story with my American Jewish brethren in hopes that they will finally wake up and are motivated to take actions against the very serious genocidal threat to world Jewry from this radical Islamic regime in Iran. Berookhim’s problems started with the beginning of Iran’s Islamic revolution, in early 1979, when his family’s five-star Royal Gardens hotel in Tehran was confiscated by the newly formed Islamic regime of the Ayatollah Khomeini.

Nearly all of his family had already fled Iran for the United States in the prior months, but Berookhim’s remained behind. One day, armed thugs of the regime overran the hotel and quickly blindfolded him. They took him to the Khasr prison in Tehran on trumped-up charges of being an American and Israeli spy. They claimed he and his family were spies because they allowed Americans and Israelis to stay at their hotel.

Read article in full
Posted by bataween at Saturday, August 01, 2020