Western universities already ignore, or distort, Mizrahi-lived experience, unless Mizrahi Jews can be weaponized against Zionist Ashkenazim. Now they are in danger of being erased from school curricula, warns Lyn Julius in her JNS News column: 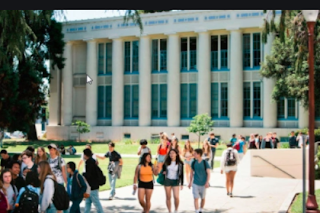 A battle has been raging over the hearts and minds of Californian schoolchildren. A draft curriculum introduced in 2019 met with vigorous opposition from Jewish and other minority groups when the section on Middle Eastern peoples only referred to Arab Americans. Yet 60 percent of the state’s schoolchildren with roots in the Middle East hail from non-Arab minorities – Coptic Christians, Assyrians, Armenians, Berbers – and Jews.

Indeed, the non-profit representing Mizrahi Jews - JIMENA - has been vocal in its criticism, claiming that that the draft not does adequately represent California’s Jewish community, including Middle Eastern Jews. These mostly came to the USA as refugees from Arab and Muslim antisemitism. To draw attention to any form of antisemitism against Mizrahi Jews in the Arab world is branded ‘Mizrahi washing’ – a distraction from Israel’s supposed crimes against the Palestinians.

In this topsy-turvy world, the mere mention of Arab and Muslim antisemitism invites accusations of racialization or ‘Islamophobia.’ The battle over the Californian schools curriculum is a microcosm of the culture wars being waged in the West, where postmodernism now dictates that only ‘people of colour’ can be victims.

But not only are non-Arab and non-Muslim Middle Eastern minorities pointedly not deemed worthy of consideration, but the latest iteration of the curriculum aims to include a module on the history of the assimilation of Jews and Irish people into ‘whiteness’ in the US. Jews are therefore being considered as white Europeans, despite their origins in the Levant and their bitter history of antisemitism in Europe. Clearly, the curriculum drafters have absorbed current absurd categorisations based on purported power structures, race and gender.

Most Jewish immigrants came to the US  as huddled masses fleeing European oppression. Past generations fought long and hard for acceptance and opportunity in US society, while relatives who remained in the Old Country were brutally murdered in the Holocaust.

Such is the current vogue for identity politics, however, that Ashkenazi Jews in the US are being gaslighted into identifying as ‘white’ if they personally have not experienced marginalization and discrimination.

The majority Ashkenazim have been made to feel guilty for ‘Ashkenormativity’ and unconscious bias towards ‘black’ Jews and ‘Jews of colour’. But infighting between sections of the Jewish community, real or imagined, pales before the experience of Mizrahi Jews, driven from the Arab and Muslim Middle East. Their oppression is the key to understanding the main drivers of the conflict with Israel – an Arab and Muslim inability to tolerate difference, to co-exist with minorities, and an abhorrence for any exercise of Jewish power. Yet teaching about Arab and Muslim anti-minority bigotry is taboo.

In the Western progressive mind, bound into the postmodern conceptual straitjacket, only Palestinians can be victims. The Mizrahi Jews are airbrushed out of public discourse.The lived experience of Mizrahi Jews has already been erased from universities, unless they can be weaponsied against Zionist Ashkenazim. Now they are in danger of being erased from school curricula.

The war over the Californian curriculum is not over. Let's hope truth and common sense will prevail.

Read article in full
Posted by bataween at Sunday, August 30, 2020