Mizrahi activist Hen Mazzig has made it his life's work to speak up about his family's persecution and ethnic cleansing fromArab countries. But he is up against a tide of denial, he writes in JNS News:   merely to fight for Mizrahi rights prevents one for defending Palestinan rights, or distracts from Israel's 'crimes' ('Mizrahi-washing'), the deniers claim. 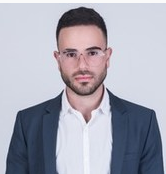 Mizrahi activism is not exclusively a pro-Israel movement, but it acknowledges that the safety of the majority of Mizrahi Jews is reliant on the existence of the Jewish state where we found refuge. Historically, Mizrahim have a strained relationship with the Arab and other Muslim communities they lived under even before they were mass expelled from their homes in 1945. In these nations, Mizrahim were always considered dhimmi, a minority that is protected as long as they paid a tax for being non-Muslim. They were, at best, second-class citizens.

“Our community is still dealing with a lot of trauma from what happened to us all over the Middle East and North Africa,” said  (Iranian-born author Saba) Soomekh. She also warned against romanticizing the past. “In my book From the Shahs to Los Angeles, I interviewed 120 Iranian Jewish women. When I asked the older women, they used to tell me, ‘Oh, it was great in Iran,’ and only when I kept digging, I realized that ‘great’ for them was being able to walk in the streets and Muslims throwing rocks at them for being Jewish.”

The leading sociologist on the Middle East and North African Jewish history, an Algerian Jew himself, professor Shmuel Trigano, explained to me that “the Jews of the Arab countries suffered from persecution and pogroms for many generations, hundreds of years prior to the emergence of Zionism.” He said “their situation deteriorated in modern times with the appearance of Arab nationalism in the 20th century. The narrative that describes their immigration to Israel as colonialism is the opposite of the truth. These were fleeing refugees who found home and shelter in the State of Israel.”

For Trigano, the notion of “Mizrahi-washing” defies historical truth. So what is the rhetorical value of “Mizrahi-washing” and the ideological bent of those promoting the term? Ron Katz, head of the Tel Aviv Institute, where I work as a senior fellow, had some ideas. Katz earned his Ph.D. in researching the use of rhetoric and propaganda from UC Berkeley. For him, whiteness plays a large role in this terminology.

“White Anti-Zionists labeling Mizrahi Jews’ support of Israel as propaganda or ‘Mizrahi-washing’ is the most virulent kind of bigoted rhetoric,” he said. “Its implication is that MENA Jews are somehow incapable of forming independent opinions and are therefore simpletons reliant on state-sponsored bribery. The only thing one can deduce from this is that those doing the labeling, the white majority, have determined that theirs is the only unencumbered voice.”