Jewish refugees would restore politics and accountability to conflict 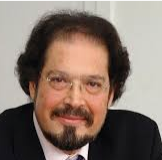 A comparison (between the two sets of refugees)  is still impossible at the level of historical causality. Jews in Arab countries have been expelled or pushed out by the new Arab states; Palestinians found themselves on the road to exile because their rulers and all Arab states in 1947 refused the UN partition plan and massively attacked the newly-proclaimed state of Israel to destroy it. The condition of the Palestinians results from this failed global Arab aggression. Disguised as a nakbah, or a "catastrophe" designating their exodus, as if the event were comparable to the Holocaust, is astonishingly ideological manipulation. We do not see - unless we assume, together with Nazis and anti-Semites, that the Jews are responsible for World War II - how the comparison could be possible. It is part of a devious system that aims to distort the reality of facts and responsibilities.

Another anomaly in the history of international relations: victim status has been conferred on the aggressor, whereas as a general rule, the military outcome of a largely defensive war creates a fait accompli and new realities, the victors dictating the new international order, as in Europe after 1945. However, the Western powers (including over a long period the United States) have systematically challenged territorial gains from the recurrent victories of the Israelis over their aggressors, so that a problem that should have been solved, namely, that of the Palestinian refugees - and not the existence of Israel - has been kept alive.

The Arab states are doubly responsible for an irreversible situation: after expelling their Jewish residents, they did not resettle the Palestinian refugees. Instead, they turned them into a weapon against Israel. So this is why this one and only refugee problem in contemporary history has still not been resolved at a time when there were sixty million refugees? While all of the world's refugees depended on the High Commissioner for Refugees and eventually rebuilt their lives in the places they were, Palestinians remained in camps and dependent on UNRWA, sustaining a bureaucracy of 17,000. employees and swallowing up (according to 1986 figures) $2 939,774,915  -  to which the Arab States have contributed very little.

It is to be feared that concealing the drama of the Jews of the Arab countries results from the exception in which one wants to imprison the State of Israel, applying  unequal justice standards which appraise Jewish affairs according to "different criteria". ".The current ideological mix reconstructs the Palestinians, in the words of historian of Orientalism Edward Said,  as "victims of the victims"; it situates the origin of the conflict at a metaphysical and ideological level not unrelated to an old reservoir of prejudices on the “Jewish question” which blurs the real issues.  Recalling the memory of Jews in Arab countries brings the conflict back to the level of politics and accountability.

Professor Trigano will be interviewed (in French) at a Harif Zoom event on Tuesday 11 August  2020 at 7 pm UK time. Details from info@harif.org

When it comes to dealing with the denizens & failed nation states of the Muslim Orient & their notoriously dysfunctional 'diasporas' in Europe, the Americas & Australia/New Zealand, nothing sends them into orgies of sadistic laughter,{while convincing them that their victims have learned nothing about who & what they're dealing with},than the earnest naivety of the junk-academic palaver above. Expulsion, Genocide, every form of bondage & carnage is their modus operandi, whenever they get the upper hand. They are proud of such 'traditions' Is that some kind of deep occult "secret" ? Trying to reason with them & those who aid & abet them, or patting them on their heads when you preach to them about the nuances of diplomatic & geopolitical history makes laughing stocks of those who do so. So far, most Muslims can't understand how they've gotten away with it for so long. Let alone being pandered to, as the most "chosen" of ALL COMSPENTS".{communities of special entitlement} by their judgmentally-impaired, self destructive host societies. There's no doubt what the most effective strategy & tactics are in dealing with them. It's at street level. And well within the laws governing lawful assembly & peaceful expression of grievances of the societies they've injected themselves into. Their victims,{not confined to 'Al Yahud'}or in united nations dialect}'da'chooze',seem to be waiting for some kind of "shock of recognition". Too bad. Because our enemies are so, so vulnerable. Please GOOGLE: Norman L. Roth