On 3 August 2020, the California Department of Education released the second draft of the Ethnic Studies Model Curriculum: while changes were made, it still excluded the antisemitism which Middle Eastern and North African communities had experienced, prompting protests from JIMENA. Dani Ishai Behan has written in the Times of Israel this long but comprehensive analysis of how the curriculum still falls short: 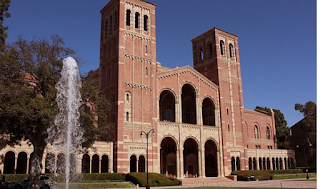 The University of California in L os Angeles

It still fails to recognize anti-Semitism as a form of racism.

* The passage “Arabs and other Middle Easterners” is concerning, if only for the fact that it treats Arabs as the Middle East’s “default” ethnic group.

Consequently, the curriculum marginalizes other indigenous ethnic groups of the MENA region, including Jews (of whom there are 6-7 million in America), Persians, Copts, Assyrians, Amazigh, Armenians, Kurds, Turks, and others. It also obfuscates the fact that Arabs became a majority throughout the MENA region the same way Europeans became a majority in North America (colonialism), thereby ignoring the pre-colonial histories of many of the above-mentioned Middle Eastern populations.

* The existence of non-Ashkenazi Jews is largely ignored.

* Instead of making an effort to cover the Israeli/Palestinian conflict in a fair, balanced, and accurate manner, they’ve instead opted to scrap all overt references to Israel and Palestine. Although, it must be said, this did not stop them from ratifying published texts urging “solidarity” with anti-Zionist groups as mandatory reading materials. The proposed curriculum, as it stands, is a recipe for more anti-Semitism and more facile understandings of Jewish history and lived experience.