A group representing Jews from the Middle East and North Africa, JIMENA,  has strongly criticised the latest draft of a California state model curriculum for portraying the region as a monolithic 'Arab world'. Article by Benjamin Kerstein in The Algemeiner: 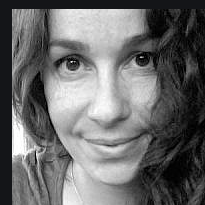 
The California Department of Education released its recommended Draft Ethnic Studies Model Curriculum on Friday, which had already been revised after strong criticism from numerous organizations, including Jewish ones.

“JIMENA is part of a coalition of diverse Middle Eastern and North African communities, which strongly supports a high-quality ethnic studies curriculum that accurately reflects the demographics of our state,” Levin said.

While the draft released today is an improvement over past versions, some of the supplemental materials that have been included are deeply problematic and exclusionary,” she continued. “These supplemental materials ignore the stories of all our coalition members — who together represent an estimated 60% of Californians who hail from the Middle East and North Africa — while portraying the Arab-American experience as a monolith to represent the region.”

Levin added, “The materials fail to adequately discuss antisemitism — and characterize American Jews only in the context of how some have secured White privilege, which is misleading and erases the experience of a significant part of our community, including Middle Eastern and North African Jews, as well as of other Jews of Color.”

The curriculum, which is seen as biased heavily toward the radical left, has met with strong opposition from Jewish and pro-Israel groups, with some calling it antisemitic.

Read article in full
Posted by bataween at Monday, August 03, 2020