Over 58,000 people have signed an online petition to "place Lebanon under a French mandate for the next 10 years" as of Friday morning. As reported by DW News, the petition is addressed to French president Emanuel Macron, who visited Beirut after a massive blast destroyed  the Hezbollah-controlled port, killing hundreds and making 300,000 homeless. The Lebanese seemed to have started a trend: An Adeni, Bilal Hussein, wants the British to re-establish control of Aden. He got 246 likes  on his Facebook page and as many comments approving his initiative (with thanks: Sarah):

"Lebanon’s officials have clearly shown a total inability to secure and manage the country," the petition reads. "With a failing system, corruption, terrorism and militia the country has just reached its last breath."

"We believe Lebanon should go back under the French mandate in order to establish a clean and durable governance." Dima Tarhini, from DW's Arabic department, said the petition had been circulating widely on Lebanese social media. 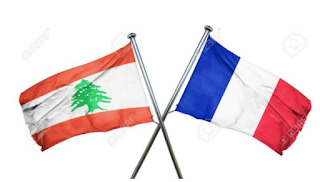 "That's how desperate some Lebanese are," she said. "So much has been lost from where there was already so little.

They lost their homes, they lost their properties, they cannot save their children. They don't know what to do." France controlled the Middle Eastern country from 1920 to 1945 under a mandate set up after World War I.