Scores of discriminatory laws were passed against Iraqi Jews

Seventy years on from the mass emigration of Jews from Iraq, the full extent of state-sanctioned discrimination against them  - and the  community which stayed behind -  is not fully appreciated.

At a conference on the Jews of Iraq held at London's SOAS in September 2019, Khairuldeen al-Makhzoomi of Georgetown university enumerated dozens of laws and decrees passed by Iraq's government against Jews, despite the fact that they were nominally Iraqi citizens. 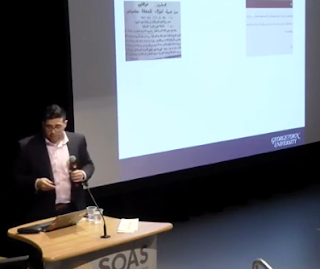 
Law 51 of 1948 added Zionism to the criminal code. From then on, Jews could be arrested, tried and even executed for 'Zionism'. Law1 of 1950 permitted Jews to leave Iraq legally on condition that their citizenship was revoked. The law was in force for a year.

Law 5 passed in urgent session in  March 1951 froze the property of Iraqi Jews stripped of their citizenship. In 1954 such property was open to public bidding.

There was an attempt to draw an equivalence between the confiscation of Jewish property and compensation for dispossessed Palestinian refugees.

Law 12 set up a Secretariat to manage confiscated Jewish property. From 1951 - 56 several decrees  were passed, seizing, managing, disposing and liquidating Jewish property. These decrees piled on the pressure on Jews still living in Iraq.

However, not all newspapers supported the government's anti-Jewish  policy. Nor did all the religious authorities.

In spite of attempts by General Kassam, who overthrow the royalist regime in 1958 -  to affirm that Jews were equal citizens,  his successor General Aref rescinded Law 11 encouraging Jews to return.  In 1963, Law 161 introduced yellow identity cards for Jews, several of whom changed their names.

Other laws banned the sale of Jewish property and limited the amounts that could be paid to Jews.

The Baath regime passed a host of discriminatory laws. In 1981, the management of seized Jewish property came under the remit of the ministry of  finance.

One law, no 643, targeted the extensive property and assets of a single Jew - Ezra Menahem Daniel, although Daniel lived and died in Iraq.

More about the SOAS 'Jews of Iraq' Conference