How a Mizrahi activist 'flipped' an antisemitic hashtag

When a group of white supremacists started a Twtter hashtag 'Jewish privilege', Jewish experience would once again end up being erased or distorted beyond recognition. That's when Hen Mazzig and other Jews decided to 'flip' the hashtag by turning it into an educational moment. Before long, the hashtag was trending their way. Read Hen's excellent piece in NBC News: 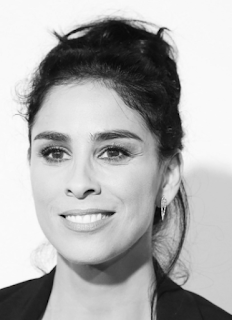 The virtual mob of anti-Semites sparked flashbacks to my Iraqi grandma retelling stories of surviving the Farhud, a massacre in which a real-life mob of Iraqis murdered all the Jews they could in Baghdad back in 1941. Just as Twitter did not stop the hashtag, the world fell silent during the Farhud, and its horrors are rarely mentioned today.

On Sunday, I decided I had to do something, to take action for my grandmother Hela. So I urged Jews on Twitter to share their personal stories to refute the #JewishPrivilege falsehood. In a matter of hours, my message had been liked and retweeted thousands of times. And the hashtag was being used again and again by Jews sharing their experiences of discrimination, violence, exile and mass murder.

Their survival stories were heartbreaking. But I went to sleep feeling empowered. When I woke up, the hashtag was trending again — but this time, because Jews were using it, not anti-Semites. The tweeters included celebrities who often talk about their Jewishness, such as comedians Sarah Silverman and David Baddiel, as well as others who are not as outspoken about their heritage, including actor Josh Gad, former Democratic presidential candidate Marianne Williamson and “The Wire“ creator David Simon.

Their posts were not only focused on the Holocaust and historic anti-Semitism, but also on the discrimination and the bigotry that they personally were subjected to much more recently in Christian-dominated societies. Minorities have criticized social media platforms’ refusal to take action against online hate for years, and since we cannot depend on Facebook, Twitter, Instagram and now TikTok to protect us, we need to take action ourselves. By “flipping” a social media attack, any minority group can take a bigoted online trend and turn it into an educational moment that provides resources for those who know little about the respective minority group.

Thousands of years ago, this tactic was employed by Ancient Greek rhetoricians. It was called an “antistrophon,” for turning an opponent's argument back on themselves. Sadly, anti-Semitism dates back as far as the Greeks, and no amount of whitewashing from bigots on the right or the left will erase that reality. So we must continue to expose and fight it. Some of the anti-Semitic ideas used alongside the #JewishPrivilege hashtag the right-wing haters created are obvious and long-standing, like the stereotypes of Jews as privileged because they supposedly control all the wealth and run the global media. Many on the left have also bought into these well-known tropes, among them television personality Nick Cannon, who was fired for his remarks this week.

But anti-Semitism among progressives is often more insidious. For starters, the left-wing permutation that Jews are synonymous with “white privilege” because some are white and can receive advantages in the West (though to the extent that’s true, it’s due to their skin color, not their religion or ethnicity) is a deeply anti-Semitic one in part because it erases the identity of the millions of nonwhite Jews.

Related Jews of color are the majority of Jews in Israel and represent approximately 5 million of the 14.6 million Jews worldwide. Jews from the Middle East like myself will never be able to assimilate into the white majority, even if we were able to recover the wealth that was stolen from us when our families were expelled from countries like Tunisia, Morocco, Syria and Iran in the middle part of the 20th century. Our skin color, accents, names and traditions bar us from white privilege. The same goes for the sizable populations of Black, Asian and Latin Jews. Moreover, the notion that Jews of any background are the oppressors rather than the oppressed erases our history — including the Holocaust and pogroms of many decades past, but more recent chapters, like the plight of the Ethiopian Jews who escaped persecution in Ethiopia by airlifts to Israel in the 1980s and ’90s.

Of course, individual Jews and sometimes the policies of the government of Israel, the world’s only Jewish-majority country, can do terrible things to others. But seeking to deny the entire Jewish people’s generational struggles and erase us from the collective of minority groups denies our humanity and identity, and is thereby an act of deep-seated anti-Semitism. Instead, minority groups should be coming together to support and magnify one another’s efforts to end hatred, discrimination and ostracism.

The white supremacists who started the #JewishPrivilege campaign on 4chan understand that this would make for a more powerful threat, so they intentionally tried to blur the lines behind white national racism and anti-racism advocacy by using the hashtag to turn people of all ideologies against the Jews. Dangerous forces are attempting to create tension between Jews and people of color. Anyone blaming Jews for systemic racism is doing the bidding of organized white supremacists.

Read article in full
Posted by bataween at Thursday, July 16, 2020