Gisèle Halimi, rebel with a feminist cause, has died

Tunisian-born Gisèle Halimi has died aged 93. Rebelling against the misogyny of her family, she made her name fighting for feminist causes as a lawyer in France, and defended an Algerian woman accused of planting a bomb during the war of independence in 1960. Obituary in Le Monde: 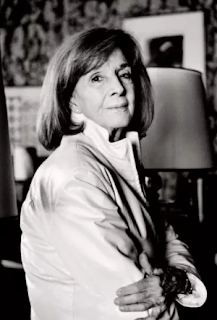 To describe Gisèle Halimi, who died on 28 July, the day after her birthday, two words spring to mind: fighter and rebel.

On July 27, 1927, in the district of La Goulette, in Tunis, when Zeiza Gisèle Elise Taïeb was born, no one was celebrating. As she recounts in La Cause des femmes (Grasset, 1974), her father, Edouard,was so upset to have had a daughter that he took several weeks to tell his friends about her   birth. A father who does not like daughters will nevertheless passionately love "his" daughter.

Relations between Gisèle and her mother had always been difficult, as she writes in Le Lait de l'Oranger (Gallimard, 1988), a moving autobiographical story, and in Fritna (Plon, 2000) . Mme Taieb would have probably wanted a more compliant daughter.

The young Gisèle rebels against everything, going as far as to embark on a hunger strike at the age of 10 to demand the right to learn to read. She challenges the religious beliefs of her Jewish family by refusing to kiss the mezuzah before going to class.

At 16, she refused an arranged marriage, pursued her law studies in France, returned to Tunis and enrolled at the Bar in 1949. The rebel she had always been became an activist - first for the independence of her country. Though she became French, she never gave up her (Tunisian) nationality. She always loved Tunisia and returned there regularly. In Paris, she loved to cook Tunisian dishes for her friends.

Settling in France in 1956 and marrying Paul Halimi, a civil administrator, she changed her name and gave birth to two sons. She divorced, while keeping the name by which she made herself best known, and married Claude Faux, who was Jean-Paul Sartre's secretary. She has a third son with him. Never a girl. This is perhaps why she had, a close relationship with her grand-daughter that she explores in Histoire d'une passion (Plon, 2011), her last published book.