Do the 1,500 Jews of Dubai need two synagogues? A Chabad rabbi's attempt to set up a rival community  so soon afterJews have come out of the woodwork has raised official eyebrows and caused unease.  The Times of Israel reports:

It’s a story as old as Jewish history itself. A community establishes itself, and inevitably splits into the synagogue you go to and the one you don’t, as the old joke goes.

Only this time it’s in Dubai, where a young rabbi from the Chabad Lubavitch movement is facing a backlash and an official reprimand, after a concerted public relations campaign introducing his new congregation in recent weeks persistently neglected to acknowledge the existence of the city’s established but media-shy Jewish community. 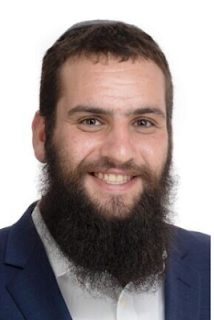 It could have been the feel-good story of the summer: the small but vibrant Jewish community of the United Arab Emirates coming out of the woodwork, opening social media accounts and giving interviews about Jewish life in the Gulf.

But local authorities last week ordered the people behind this particular community — a small group that splintered off from the city’s existing congregation — to “immediately” suspend their social media accounts, The Times of Israel has learned.

Rather than do so, however, the maverick group, led by enterprising Chabad rabbi Levi Duchman and his businessman associate Solly Wolf, has merely changed the name, description and profile photos of its Twitter account, which for several weeks created the impression they were the country’s officially recognized Jewish community.