Can a Jew reclaim his or her 'Arab' heritage?

The spectre of the 'Arab Jew' rises again. Writing in Hey Alma,  which describes itself as a Jewish feminist publication, Talia Aharoni has mixed ancestry - her mother is Ashkenazi - but she is now identifying as an 'Arab Jew' - although the Mizrahi side of her family reject such a label. See my comment, and that of Hen Mazzig below (with thanks: Michelle) : 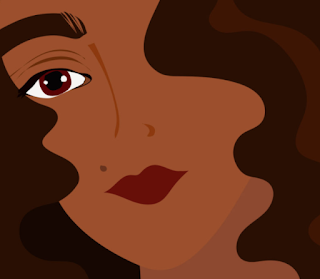 "The existence of the Arab Jew — the indigenous, brown-skinned Jew — has the power to crumble long-standing dogmas. For one, the idea that Jews and Arabs are inherently at odds, that one is the antithesis of the other, and that the so-called “gaps” between the peoples are so vast as to never be reconciled. These types of nuances can be uncomfortable for those who are quick to file away information into perfectly neat labels in their mind. The Arab Jew defies broad categorization. Even many Mizrahis tend not to think of themselves as Arab. Many, including members of my own Mizrahi family, become indignant — offended, even — at the insinuation. They’ve been told the same story: Jews can never be Arabs.

But in believing this, they deny themselves a part of their heritage — the thousands of years of shared history in the Levant, North Africa, and the Arabian Peninsula. The spices and foods, dances and folklore. Even the values — the hospitality and generosity of spirit, the piety and modesty of character, and of course, the hectic and often heated exchanges — all endemic to the Middle East, irrespective of faith.

When I was younger, I wasn’t interested in embracing my Mizrahi side. As the daughter of a diplomat, I’d spent my childhood split between the U.S. and Israel. But our home base was a small suburb outside of Jerusalem by the name of Mevaseret Tsion, which was originally founded as a transit camp for Jewish refugees from Iraq and Kurdistan. My classmates were a diverse bunch — Mizrahi, Ashkenazi, and many mixed, like myself. But the overtly Mizrahi kids, the ones who spoke with guttural “chets,” ate spicy sandwiches and kubeh for lunch, and blasted Mizrahi music out of their cell phones, were often branded as “arsim” and “frehot,” Hebrew terms which loosely mean dumb and trashy.

And so, for many years, I internalized this and denied my Mizrahi culture; it was easier to tuck it away, shove it in some faraway cabinet, and not risk, God forbid, being called a “freha.” I shied away from spicy condiments like zhug and amba, renounced Mizrahi music altogether, and often told those who’d questioned my ethnicity that I wasn’t “a real Mizrahi” — whatever that meant. I’d believed that in order to be taken seriously, I needed to shirk that part of my identity. I met no resistance within my own Mizrahi family, because sadly, most of them had done the same.

Five years ago, I moved to New York City. On the other side of the Atlantic, enshrouded in blissful anonymity, I began to change. Slowly, I found myself chipping away at the barriers, the prejudices that had allowed me to suppress entire facets of myself. I gave myself permission to wonder, ask questions, and reexamine the stories I’d been told."

My comment:There are several reasons for Aharoni's confused identity: Since she nw lives in New York, it is likely that she has been influenced by 'progressive' anti-Zionist thought which questions the artificial 'binary' division between Jew and Arab created by the Arab-Israeli conflict. Has she stopped to define what is 'Arab'? Does she not mean 'Levantine'. or Middle Eastern'? How is 'Arab' different from 'Bedouin'? The late scholar Sasson Somekh said that no Jew could call himself 'Arab' unless he was fluent in Arabic and steeped in Arabic literature and culture (I would doubt Aharoni qualifies). Does she not really mean 'Arabic' Jew of culture, as Jews and Arabs have always been separate ethnicities? Lastly, it is no longer true that Israel disparages Arab culture - Middle Eastern food and music are now see as cool among Israeli youth. Lastly, as Hen Mazzig argues below, the 'Arab Jew' label is an imperialist device to deny Jews a distinctive identity.

Hen Mazzig comments,  quoting an earlier article he wrote for the Jerusalem Post:
Since this is being brought up again, by Hey Alma, that decided to publish a piece arguing Mizrahim are actually “Arab Jews”: “These scholars brand themselves as “Arab Jews” and subversives when they are in fact run of the mill pan-Arab nationalists. The term “Arab Jew” subverts Zionism because it is Arab nationalist/imperialist orthodoxy. Arab nationalists/ imperialists reject Jewish national identity and political power, while they generally accept Jewish religion. The term “Arab Jew” encapsulates this rejection. The greater issue is that there is a misguided school of thought dominating global academia which is distorting the whole imperial and colonial history of the region. There have been several nations that have acted as empires in the region, conquering, settling and dominating peoples outside their own homeland. These have been the Arabs, Turks and Iranians, and more recently the British, French and Italians. The Jews, in contrast, have merely returned to their only homeland. Israel is the only Jewish state in the world and 0.03% of the entire Middle East.”

What are we to make of Massoud Hayoun?

It also reads like she's a bit selective in romanticizing the good parts and ignoring/denying the bad parts.